Having given the Germans a flame-tank Zvezda took a turn at making one for the Soviets. There probably more of the T-26 variant made than the PZ III version now that I think about it, the Russians were at the cutting edge of experimentation for most of the thirties. This little gem is molded in hard dark-green plastic and is replete with delicate detail. It is a snap-tite kit and will go together quickly and with little fuss, do be careful with the tracks as they are delicate and could break if forced. This little beauty is available from my local brick-and-mortar in person or via the internet. 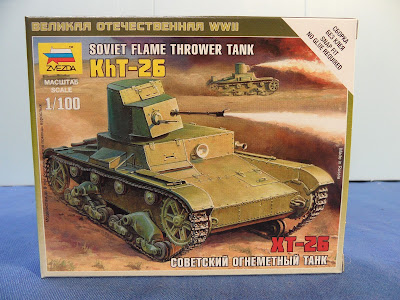 the box art, not much to work with as almost all early-war Soviet stuff was just green,
but nice all the same 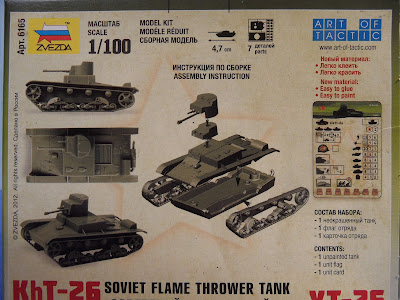 the rear of the box, with the detailed assembly instructions 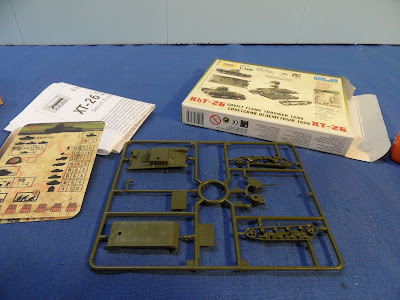 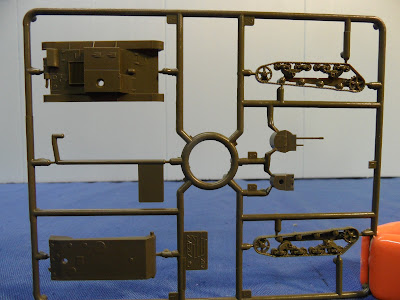 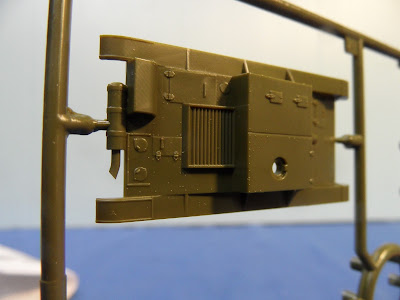 yes I am going to get all woozy over the detail,
keep in mind that the part in this picture is probably four or five times larger
on your screen than it is in real-life! 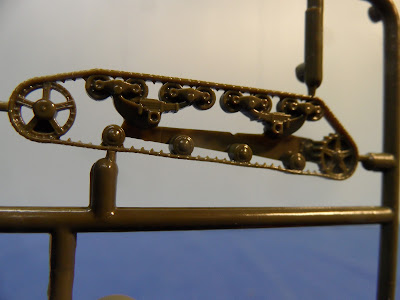 you can see the leaves in the leaf-spring!

Another bit of first-rate work from Zvezda, now if they would only do the rest of the early T-26 series.