I am sure some rivet-head will correct me but I am pretty sure that this model will also stand in as a Panzer III l/m as it has the spaced armor on the gun mantle and hull front. That said it is a very pretty kit of the Panzer II flame-thrower tank. It is molded in a hard grey plastic withall the detail and precision that had become the standard for Zvezda. Remember also that this is a snap-tite kit (but I always glue mine) 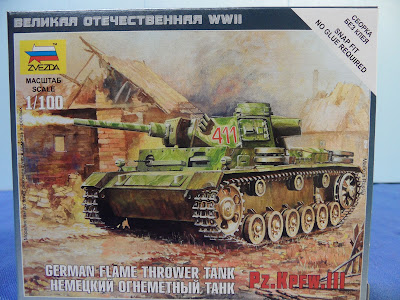 box-art, a pretty unusual color-scheme for a PZ III 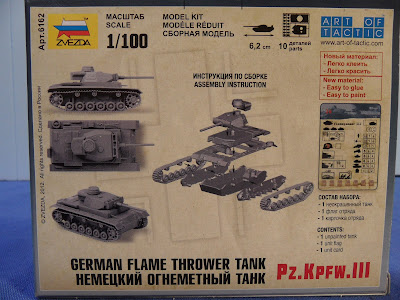 rear of the box with the assembly instructions 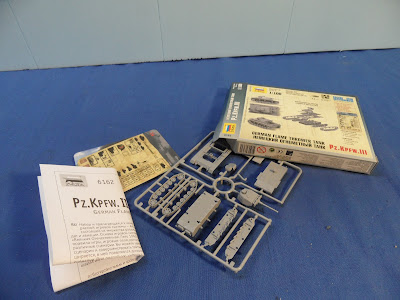 the contents of the kit 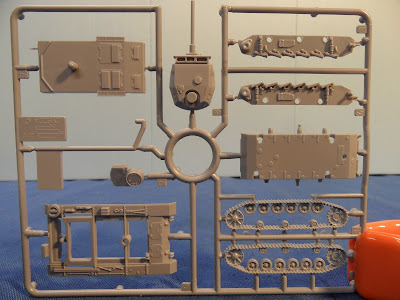 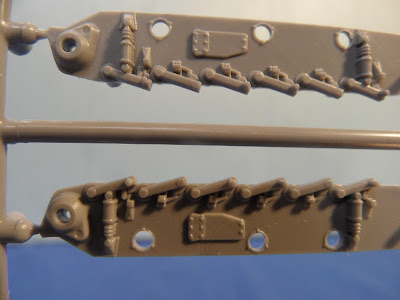 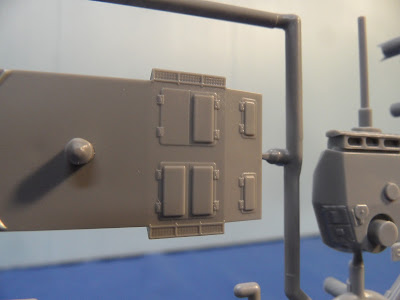 precisely cast and no flash, this model will be a breeze to assemble 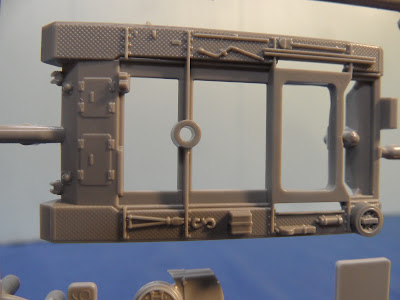 the top of the hull has all of the tools crisply cast,
it even has the no-skid surface of the fenders faithfully rendered 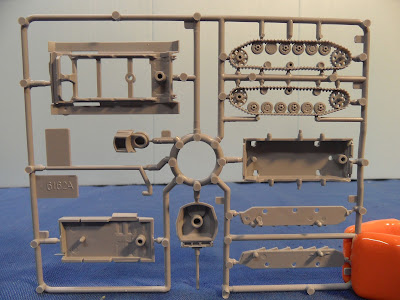 the back of the sprue

This kit neatly fills a gap in the plastic Panzer III area and does it at a very affordable price. It will be simple for even the barest beginner to assemble and is straightforward enough that you could build an entire unit in one evening with enough time left over for a coat of paint!

As with every other gaming model I have seen so far from Zvezda; Very Highly Recommended!
Posted by Anton Ryzbak at 6:29 PM