After all the drama and effort it was finally time to actually play a game using the Castillo. The fine folks at Spartacon had been kind enough to allow me to take up a large chunk of their space and set up the scenario. Beneath it all were four 30"x96" banquet tables arranged as you see below; 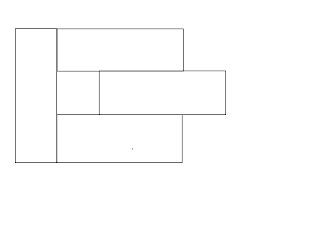 The odd hole in the middle is important as it was the position held by our intrepid Fortress Commander. Once the tables were arranged we laid out the terrain, North is to the left, to the East is the Intracoastal Waterway in the south we find the town of Saint Augustine. 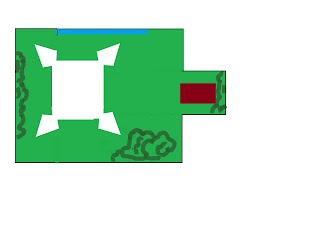 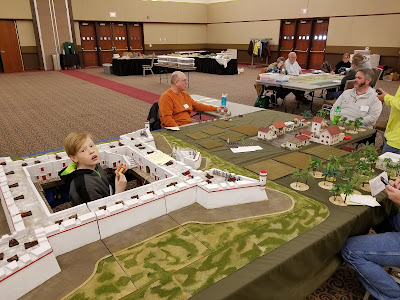 the view from the Northwest, the fortress commander, Thomas,
seems nonplussed by the imminent assault 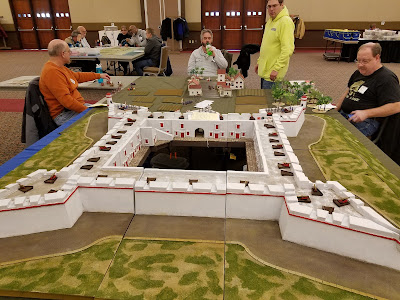 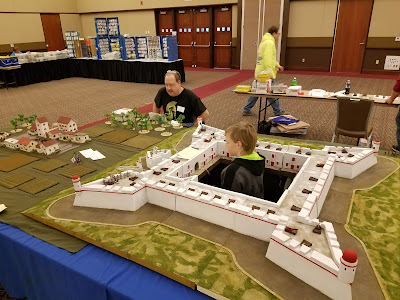 a view from the Northeast 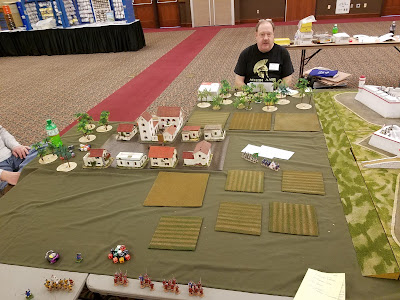 looking straight west across the southern end of the table,
all of the lovely buildings that make up Saint Augustine come from the able hands
of  John Vincent from Quality Miniatures


The troop deployments and plan of battle looked like the picture below; the Pirates would creep through the swamp to the South, the Yamassee war-parties would descend from the North and the English would strike from the sea (where else?) 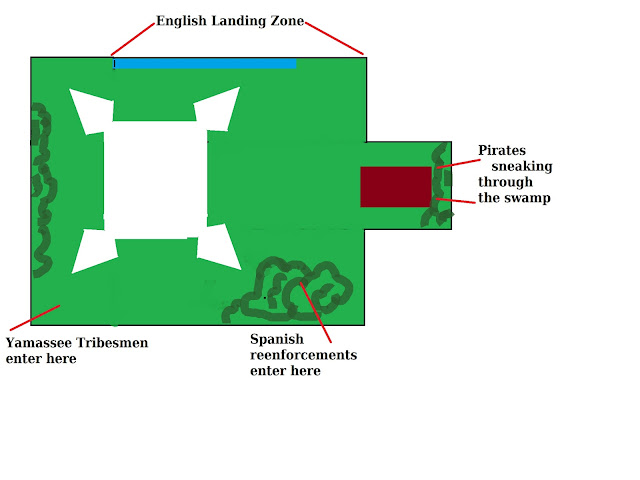 As you can see the Spanish were going to have their hands full; enemies coming at them from three directions, their troops not prepared for the assault and they were a numerically weaker force. It wasn't all sunshine and rainbows on the other side. The English had stitched together this Frankenstien's Monster of an alliance as a last-ditch attempt to capture the fort before Spanish reinforcements arrived by promising both the Yamassees and the Pirates the chance to loot the town. This would certainly lead to friction down the road but all that mattered to the British was that there would be an English flag waving over the fortress when the Havana Fleet sailed into view.