Now that the hustle and bustle of the Holidays have passed I am working feverishly on the Castillo with one eye on the clock. Less than three weeks remain before the unveiling at Spartacon and I realized that I had not yet built the ravelin. For those not conversant with Vauban's method of fortification the ravelin was a smaller bastion-shaped out work that guarded the approach to the main gate. Ir was also often used as an additional layer of defense in front of the other sections of wall too. Happily for me the Castillo has but one and it stands on the south side of the fortress facing the town and covering the main gateway of the fortress. 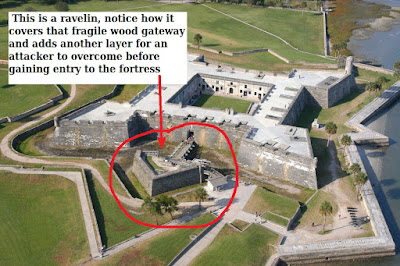 a photo of the actual Castillo de San Marcos 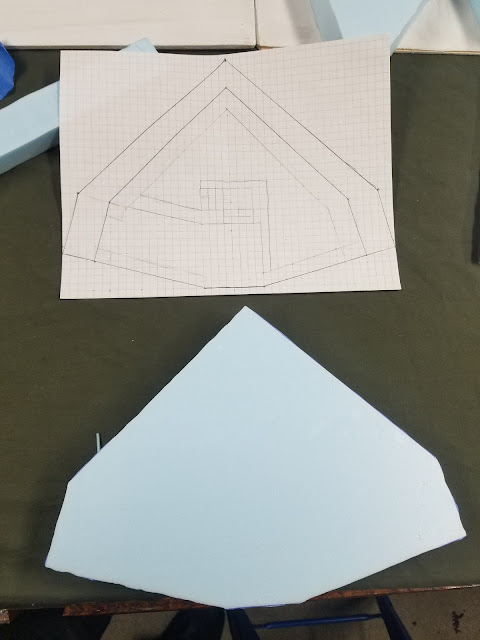 scale drawings? what have I let myself get into? Alas!

Faced with the constraints of playability and portability I was forced to make certain concessions while building the ravelin for the game. Unlike its real progenitor it would have to sit on the broad that will contain the wall section that has the main gate, thus it will be smaller and closer than it should be. Not having time for my usual method of building by trial and error I resorted to making a scale drawing and working from that. 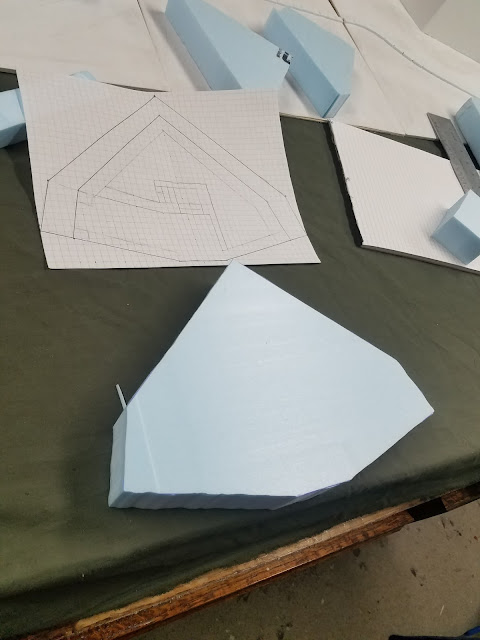 it has been a while since I did any amount of free-hand cutting with Proxie,
as you can see I was a bit shaky 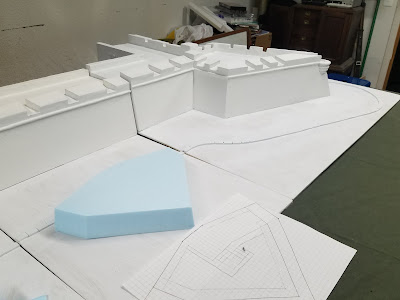 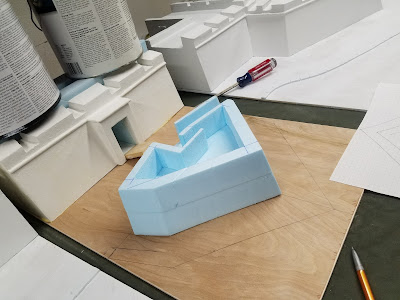 having satisfied myself that it would look the part I went ahead and cut out the second layer,
this involved a LOT of free-hand work 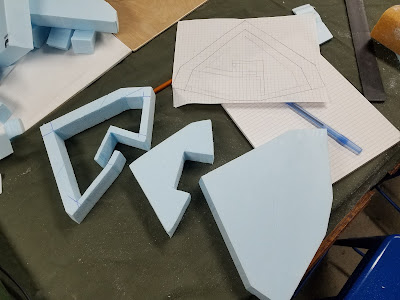 the interior of the ravelin is raised slightly so the troops could fire over the parapet,
so I had to cut a piece to fill the interior, if my hands were steady enough to have made the part from the  spoil from cutting the second layer 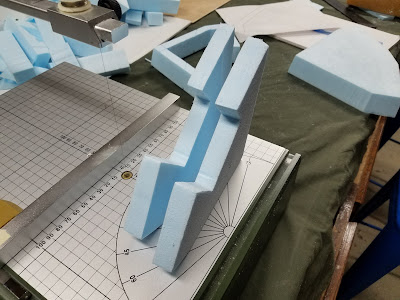 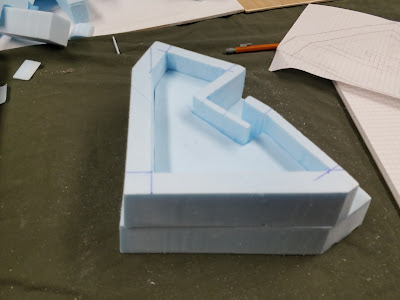 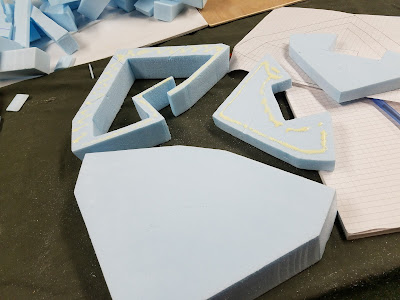 then all the surfaces that would be joined were lightly sanded with 60 grit before being glued,
the sanding ensures that the wood glue finds a  rough surface for a better joint 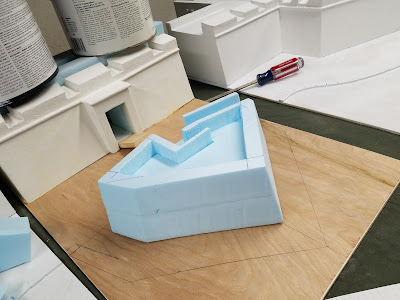 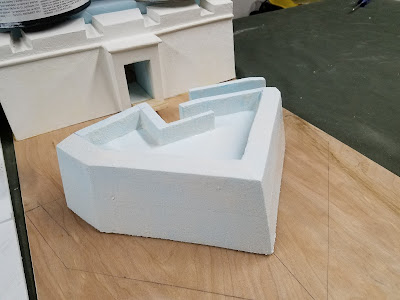 then I gave it the first coat of stucco

All that remains is a molding just under the edge of the parapet and a drawbridge across the moat. Oh, and I have to paint and flock the whole thing. 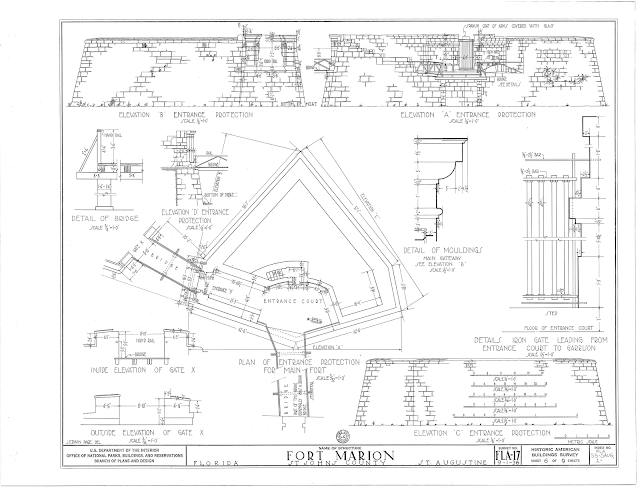 a REAL scale drawing of the actual thing


In answer to some questions that came up on TMP I have added the following photos; 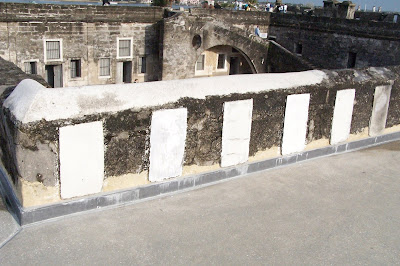 the National Park Service keeps teasing me with their tests of locally-made stucco,
the Castillo was originally covered inside and out with this sort of material,
the trim was done in a bold red color, those being the Bourbon colors 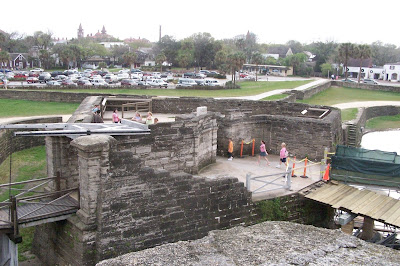 it is most unusual for a ravelin to have a rear wall,
this photo shows that the interior is overlooked by anyone standing on the rampart ,
you can also see how thin the rear wall is-it would offer little shelter from close-range cannon fire