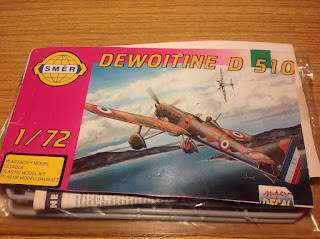 I bought this kit simply ages ago and never got around to building it. It got dug out the the Plastic Mountain in The Vault and pushed to the front of the line largely because the landing gear. I just thought it looked cool. It was a straightforward build (the undercarriage was a bit tricky but tube cement and patience overcame that). I went with the all-silver paint job because I loved the "Grim Reaper" logo on the side, and it is a nice change from all that camouflage! This lead to the only real difficulty in the build as my primer (Rustoleum flat black) did not pair well with the Vallejo silver and a large spot on both sides of the left wing and a smaller area on the right wing and fuselage pucker and wrinkled up like Nancy Pelosi's neck! This had to be sanded out and repainted with the attendant loss of the fine surface detail in those areas. The decals were very thin and required careful handling. Overall (aside from the paint thing, which is my fault) this was a fun build and a neat model of an unusual aircraft. There is a Wiki that covers the entire D 500 series right here. 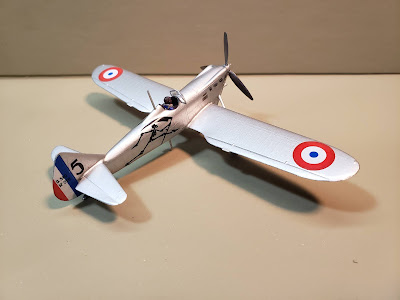 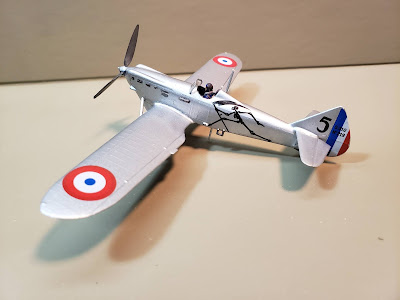 I'm not sure if the Grim Reaper is a bold threat to the enemy,
or a morbid reminder of the risks taken flying in combat 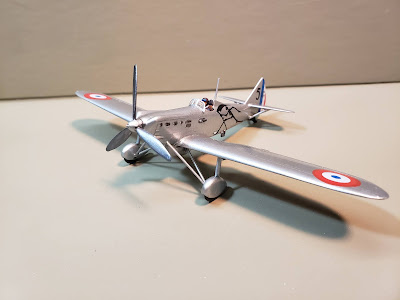 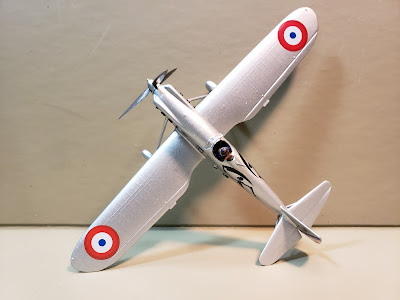 aside from the fixed undercarriage the ship had very clean lines 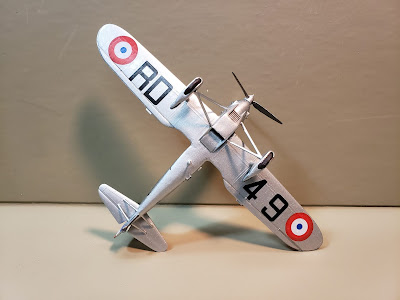 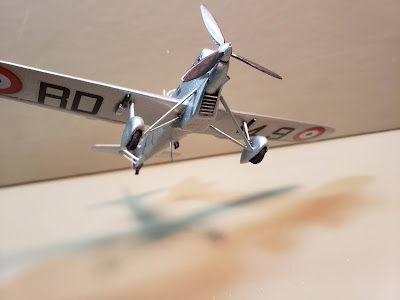 the large radiator and landing gear remind me of the Curtis "Hawk" biplane series
A few of these birds were still in service at the start of WW2 (wearing a much more sober camo scheme). I doubt that they saw any actual combat.