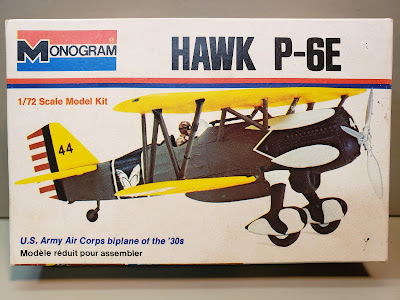 not the original box, but an old one

I have built this kit several times in my lifetime. In every attempt I let the simplicity and excellent parts-fit trick me into assembling the kit all in one go and then trying to paint/decal it after the fact. Needless to say those efforts turned into a bit of a mess. U.S. Air Corps paint jobs in the late 20's/early 30's were a celebration of the fact that we had no nearby enemies and were unlikely to acquire any soon. To be kind they were garish. They certainly made for a different-looking aircraft. The model is molded in the alarming bright yellow that the U.S. applied to all flying surfaces at the time. The decals are old, thick and annoyingly translucent. But, armed with a full array of Micro-Scale products, I resolved to push on with my "Straight Out Of The Box" rule.

Assembly was a breeze, the fit of the parts was nearly perfect. This time through I managed to constraint my enthusiasm and stop along the assembly process to get vital painting and decal  work done before final assembly. 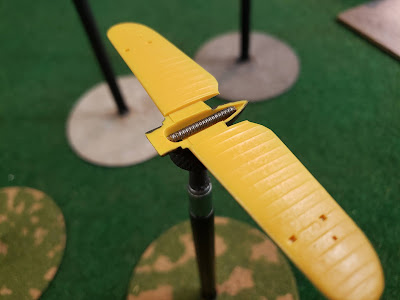 why would he glue a chunk of a nail inside the fuselage of the model?
madness it is not as you shall soon see 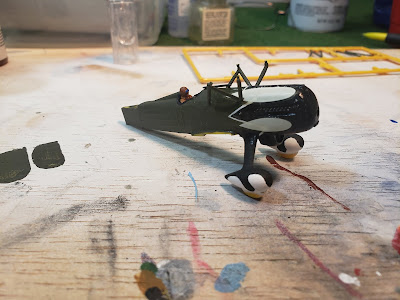 the fuselage has the cabane struts molded in place, a Godsend
but the interior detail consists of a decal for a dashboard and a pilot;
he glues to the inside of the fuselage half, the poor lad doesn't even merit a seat!
painting and decals were handled at this stage, MUCH easier! 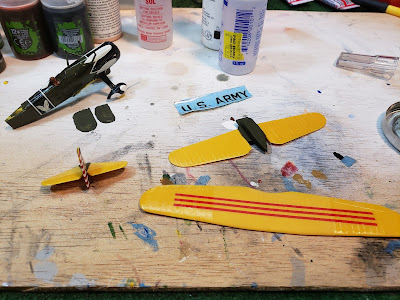 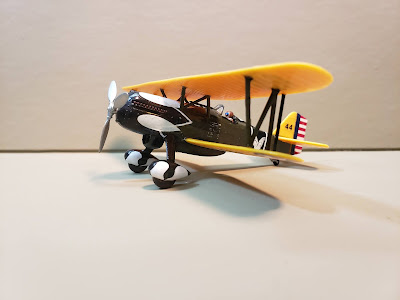 once the decals had set it was a simple matter to add the wings and interplane struts
isn't she a beauty! 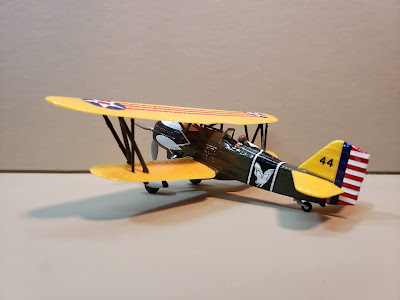 this model has a special place in my mind, as a child my father used to watch these guys flying out of Selfridge Air Base (now Selfridge ANG) just north of Detroit, while I was a child he took me to airshow at the same facility (no longer a grass feild) this same model is one of the very first kits that my Dad and I assembled 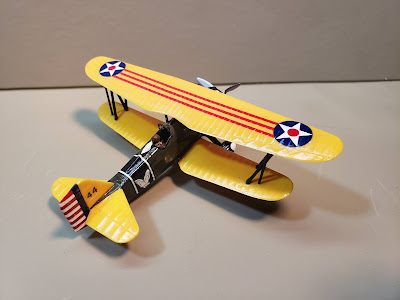 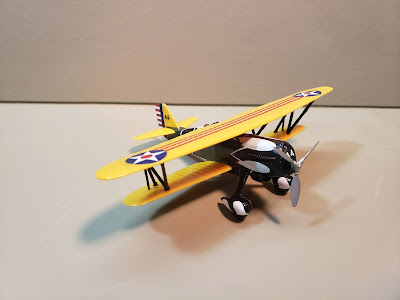 look at those landing gear,
I love that they are painted to resemble the outstretched claws of a snow-owl 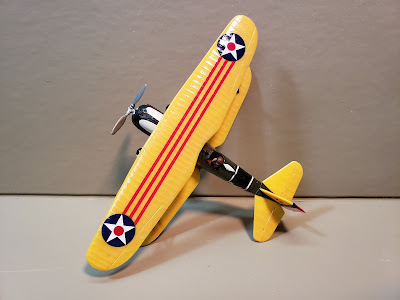 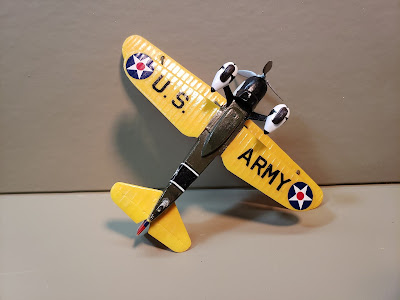 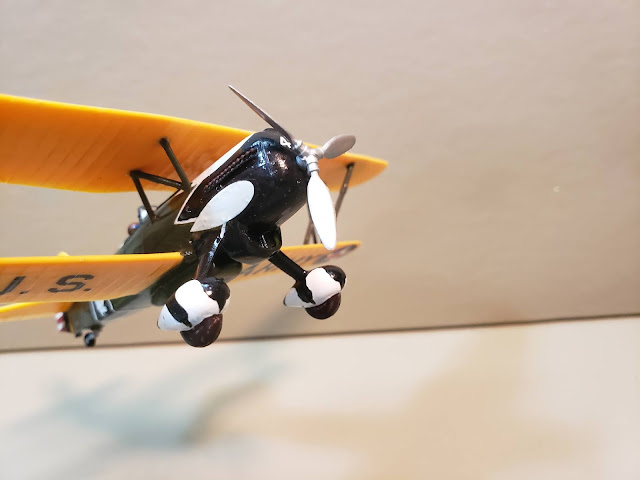 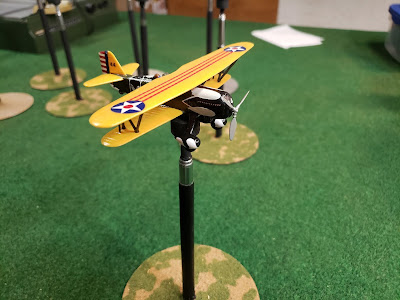 and there is the reason for the chunk of nail, magnetic flight stands 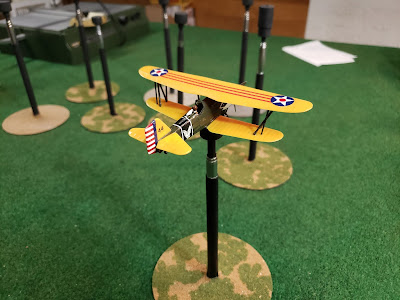 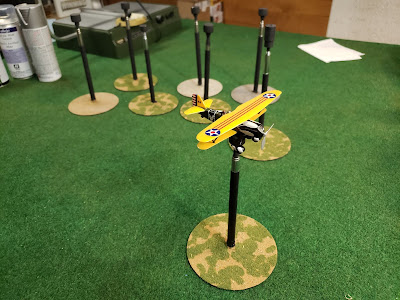 I built a few flight stands to spare too
A great little model that brought back some fine memories. I'm thinking of running a Check Your Six campaign wherein all the players start off with a 1943 era fighter and move back a year with every kill . This would balance off the skill with a less powerful aircraft until they pot-shotting at each other with muskets and hot air balloons
Posted by Anton Ryzbak at 1:47 AM