A Little Something That I Whipped Up; 1/72 Panzer I Breda 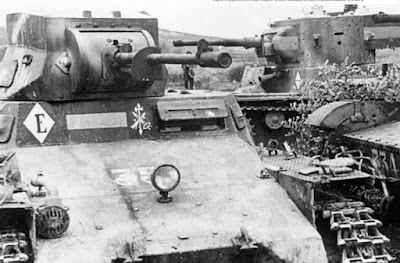 a massive up-gunning from a pair of 8mm machine guns!
I am afraid that my dear friend The Housemartin has known me far too long. He knows how to casually let something drop in conversation and then let the seed of an idea germinate in my head so that I think that the idea was mine. I have fallen for this a few times in the past, and will likely do so again in the future. Most recently he was bemoaning his shortage of Fascist armor for the 20mm SCW game that he has been collecting for the last couple of decades; specifically Panzer I and Panzer I Breda. He is aware of the Plastic Mountain that lives in The Vault and guessed (quite rightly) that there were a few stray Panzer I kits lurking in cobwebbed corners. He also knows me well enough to surmise that all I needed was a bit of goading to make good on his shortfall. Needless to say I rummaged around and found three Panzer I kits. I built two straight from the box and the the third one I built a Panzer I Breda turret for (as well as the standard turret). 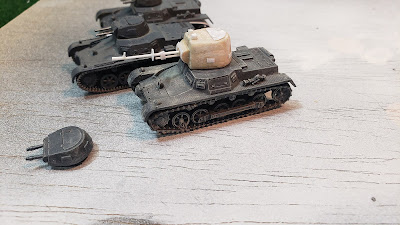 working from memory I carved a new turret from a block of balsa,
the gun I scrathcbuilt from stretched sprue and cardstock 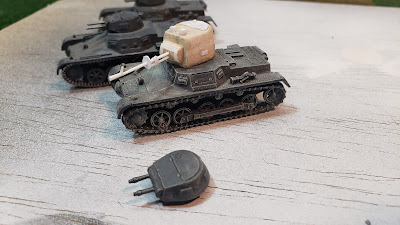 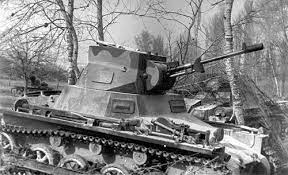 somehow, while I was busy concentrating on the gun I managed to miss the pronounced step in the side of the turret where the added the extra height, I assumed they simply extended the sides upward 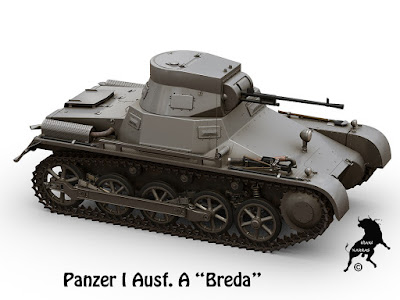 as this picture clearly shows the extra height was vertical, not sloped like the original sides
and the tanks modified were PZ Ia models with the short wheel base
in retrospect I should have asked OldSarge if he could 3D print them!
live and learn
Now I have to decide if I can live with this near-miss or relegate these to the "Early German" file and check about 3D prints that are more on point. 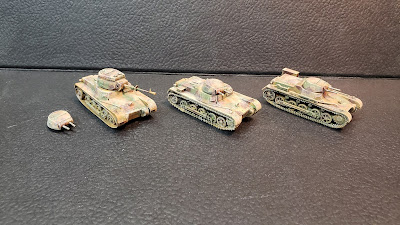 I reworked the Breda turret, it looks acceptable, and,
as The Housemartin has no qualms about the chassis Mark,
I went ahead and painted them up 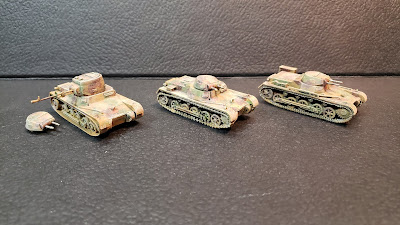 they will do for now