Several readers have asked about the size comparison between various 28mm plastic figures; specifically the new Wargames Atlantic 95th Rifles and the products of Warlord and Perrys. To satisfy this query I dug deep into the bowels of The Vault and drew forth some sets of plastic minis that I had picked up over the years. I assembled a figure from three different sets and took photos using the same set up so that the readers may judge for themselves. I then assembled one of each of the poses from W.A. 95th Rifles set and took pictures of them as well. 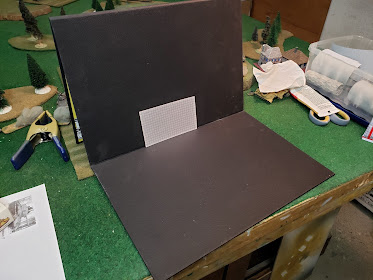 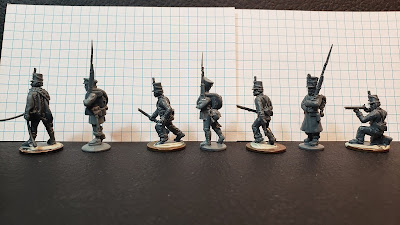 the line-up, individual mug-shots are below 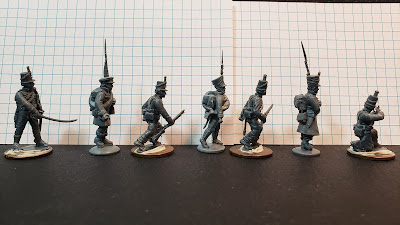 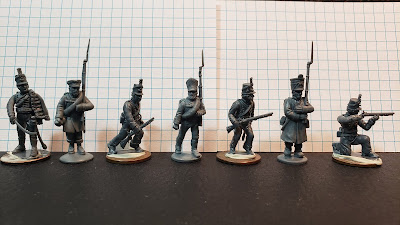 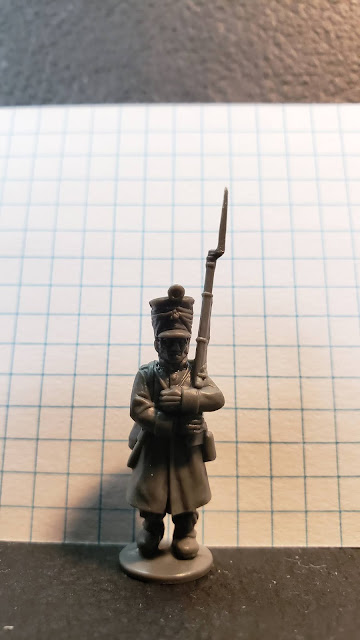 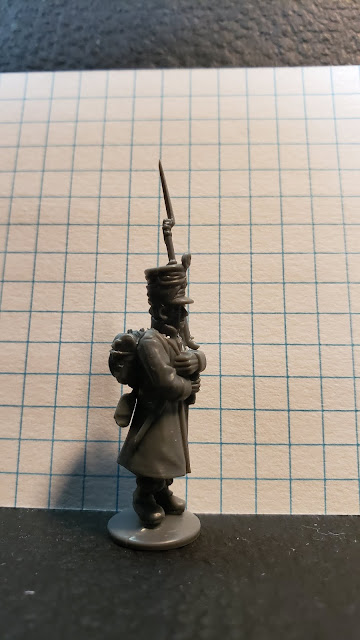 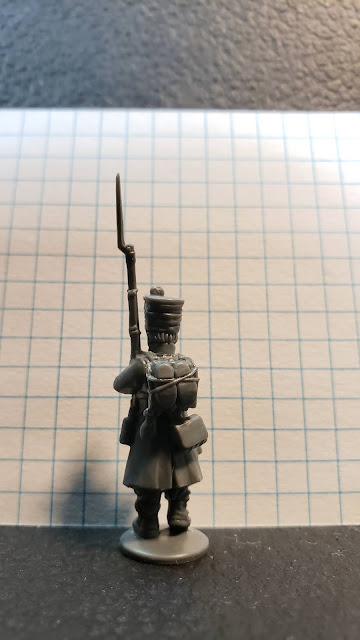 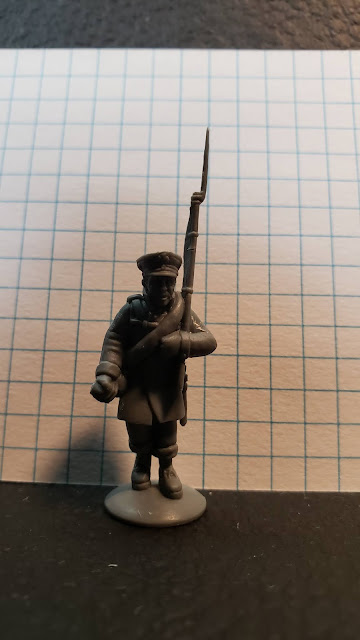 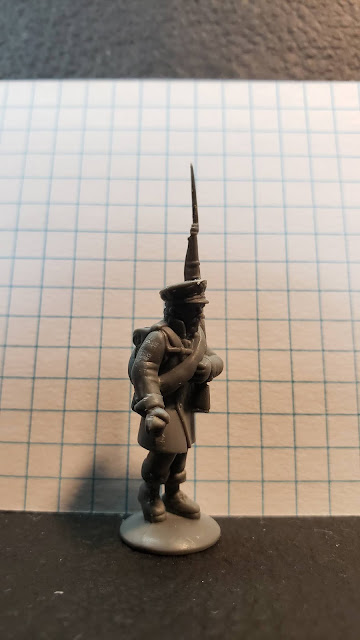 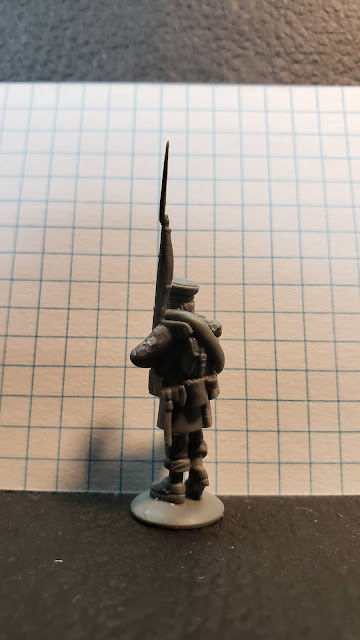 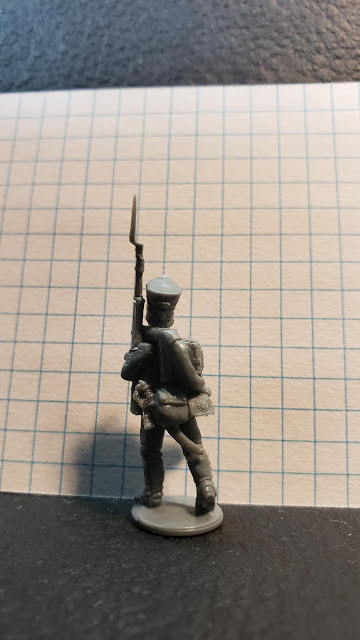 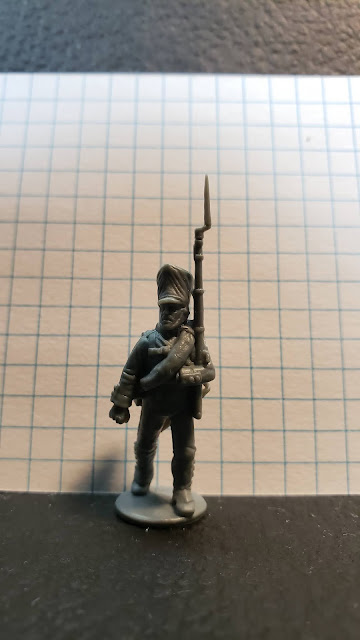 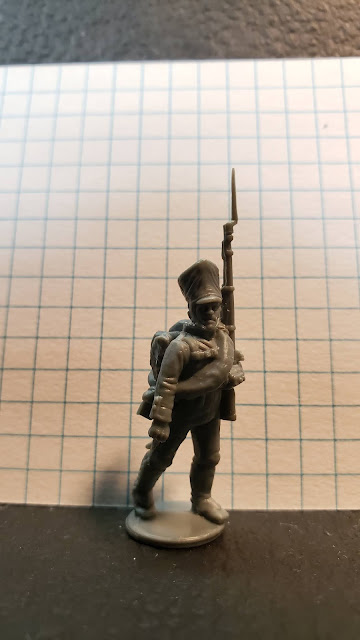 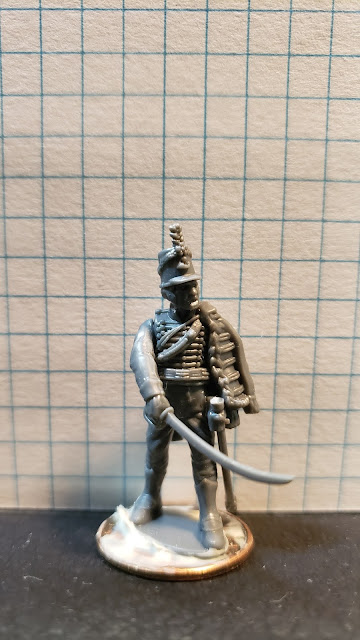 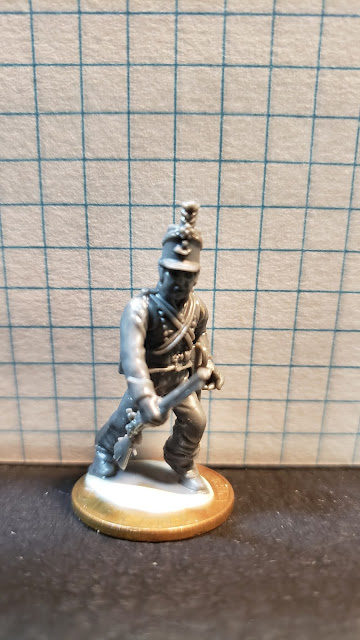 there is that problematic "trail arms" with the gun fixed 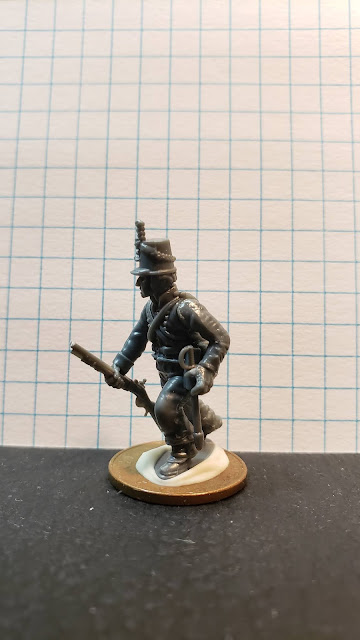 this set could use a couple of extra left arms 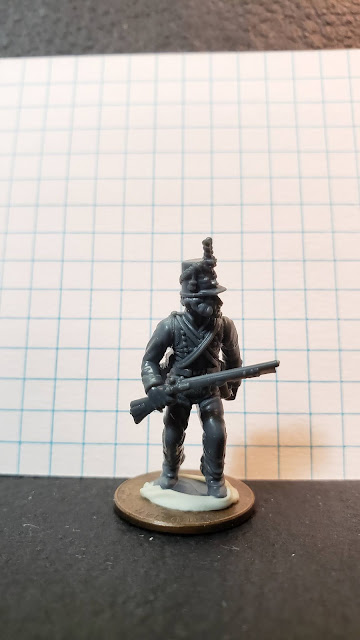 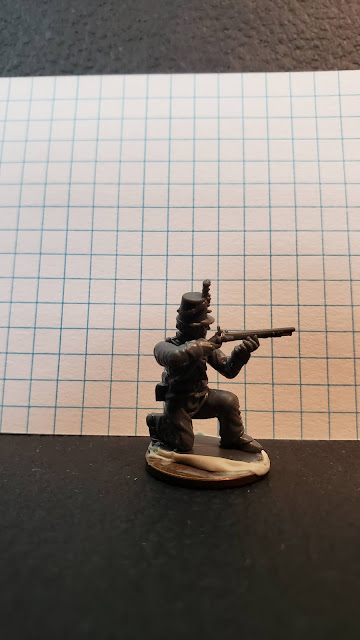 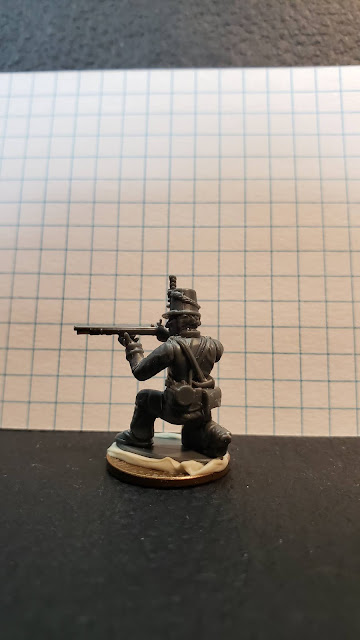 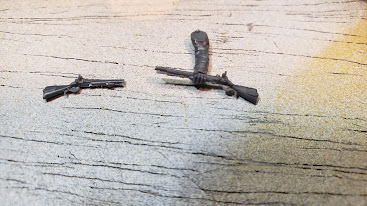 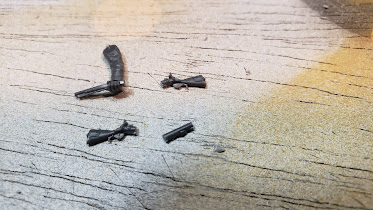 cut off both rifles just in front of the lock, discard the left-handed buttstock and the left over bit of barrel, then glue the replacement buttstock to the arm and you are off to the races, I timed myself while doing this and it took just over two minutes

I don't pretend that this is some sort of exact comparison but you can get a feel for the difference in style and size of the minis. The Perrys and Wargames Atlantic mix best in proportions, the Warlord and Perrys are rather smooth and the surface detail is not as prominent as it is on the WA figures. On a gaming table at a distance of over a foot this would all be moot. I would have no concerns about mixing these in a game.