JUST LOOK AT THE PAIR OF THEM! Williams Brothers 1/72 Northrop Gamma 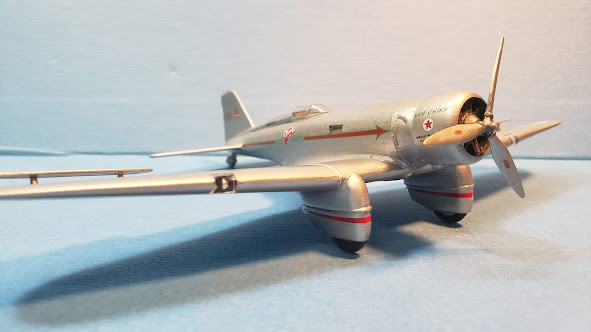 the new winner in the Biggest Spats contest, the Northrop Gamma

The thirties saw a succession of achievements and advances that laid the groundwork for the vast air armadas of the Second World War. The advances in aerodynamics went from boxy wire-braced biplanes to sleek monoplane racers and airliners in the space of a decade. One of the leading lights is design and development was the Northrop Corporation (one of three aircraft builders founded by the prolific Jack Northrop). The Gamma represented the cutting edge of aircraft design at the time and was used for several record-setting flights. The Williams Bros. kit can be built as either the "Sky Chief" which was used to set a new coast-to-coast record or the "Polar Star" which was used in the first cross-Antarctica flight. I chose to build the Sky Chief. The kit  was straightforward to build but needed careful attention to the instructions and a significant amount of sanding and trimming to get a good fit.

Most importantly the aircraft embodied the art-deco esthetic of the mid thirties; clean lines, HUGE spats and simple but noticeable paint schemes. Of course, what sold me was the enormous spats on the landing gear. Probably unnecessary in their size they could have been considerably smaller and still done the job of easing the airflow over the landing gear struts the massive fairings made a statement of style far beyond their  impact on airflow. 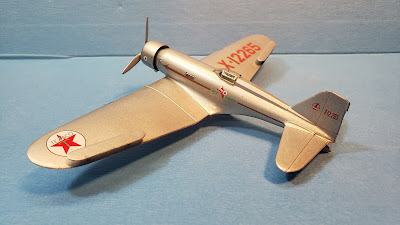 it's not an effect of the camera angle, this bird had lots of wing 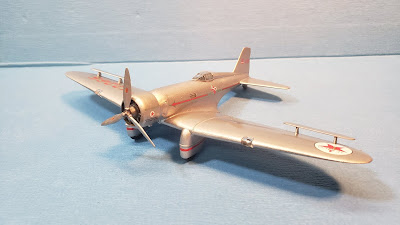 from an age where a single-engine airliner was considered normal,
I can't say that I would have wanted to sit inside that tubular fuselage
with the engine in front of me on a flight of any considerable length 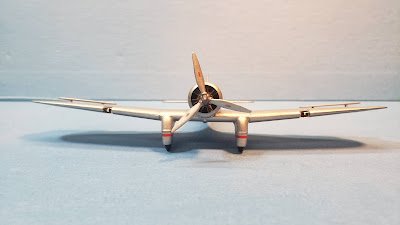 very clean lines, aside from the odd "park-bench" ailerons 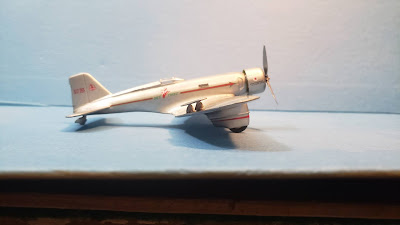 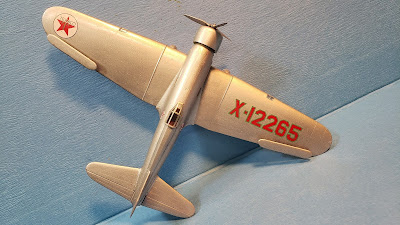 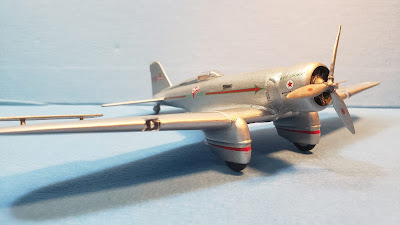 but just look at those spats 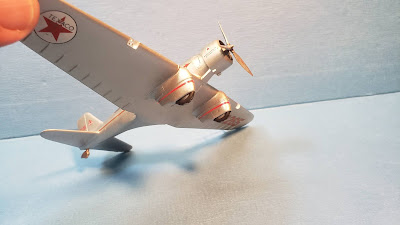 I mean, look at the SIZE of them! 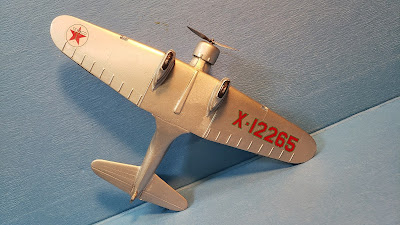 the ultra-clean lines await weathering and exhaust trails....
A neat model and an satisfying (if lengthy) build. This kit is not in production any longer but is widely available via the internet (or your local garage sale).