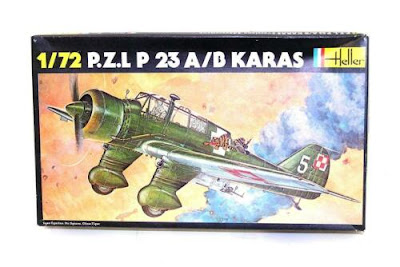 bought while I was working at Squadron Shop late 1970's-early 80s  this is a classic
First proposed in 1932 when the Polish Air Force was heavily committed to the idea of armed reconnaissance the PZL 23 was an advanced design for the time. By 1939 the rapid progress in engine and design had left this sturdy aircraft in a state of obsolesce.  Circumstances being as they were the PZL 23 was used for reconnaissance and as a light bomber, in fact it had the honor of being the first Allied aircraft to drop bombs on the Third Reich, striking a factory in Ohlau on 2SEP39. Further information can be found in this very informative Wiki.
First released in 1979 this Heller kit was state of the art at the time and has held up rather well. The parts fit was excellent, detail was good and it captures the shape and appearance of this airframe rather well. Sticking to my "Straight Out Of The Box" rule was easy until I noticed how badly yellowed the decals had gotten over the past forty years. But I hoped that the bold colors would drown out the yellow and pressed on nonetheless. 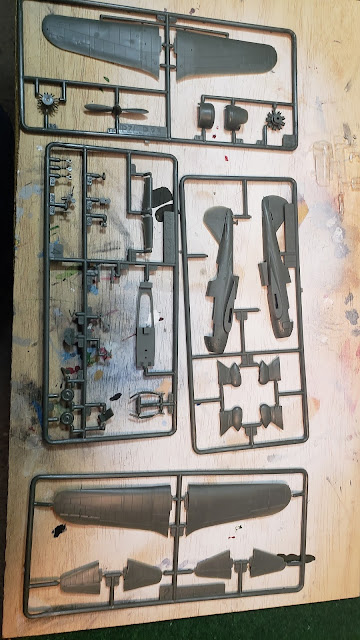 beautifully cast without a trace of flash,
this kit was still in production under the Martola label as recently as 2016 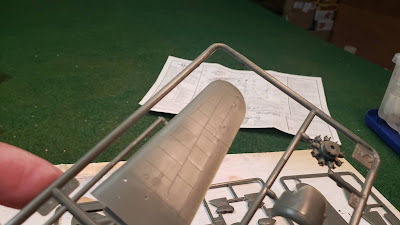 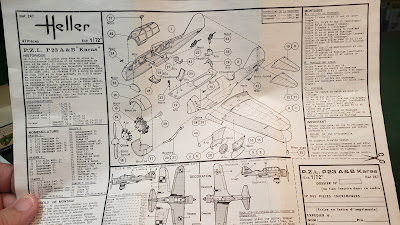 a better instruction sheet would help 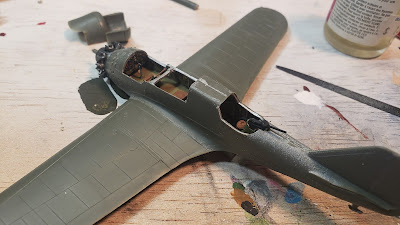 but parts-fit was first rate, on a par with much newer kits 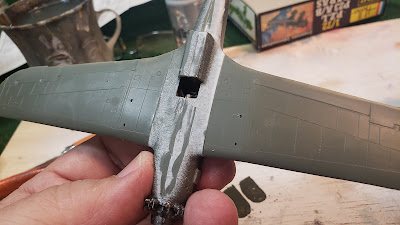 wing-roots are often the bane of aircraft models, no such problems here 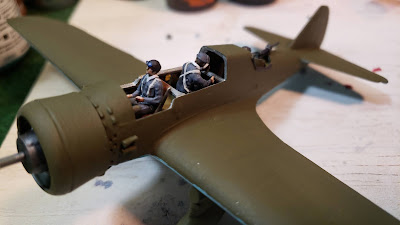 one thing that is missing from Heller kits are crew figures,
I had to dip into my spares box to round up a crew 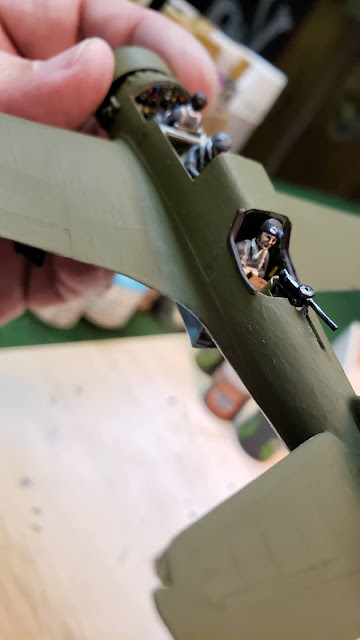 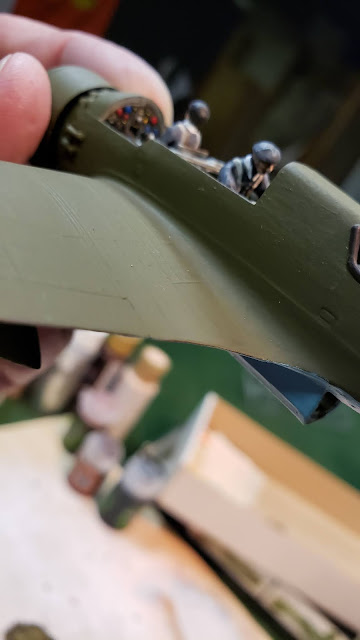 here is a lack of details (radio anybody?) for the observer to interact with
so I modeled him moving into the lower gun position 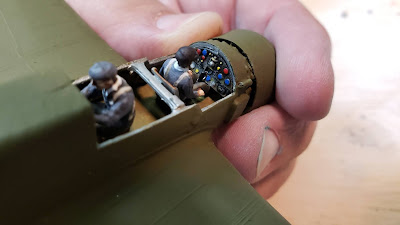 but the pilot's instrument panel is nice 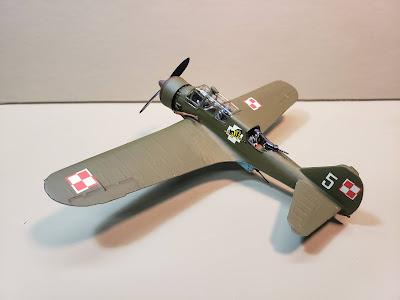 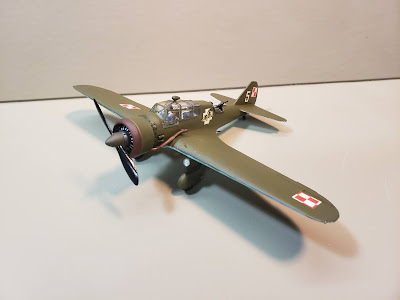 the olive color I hand-mixed but it might be a bit too green,
I wasn't able to find any good color chips of the official color
eyewitness accounts indicate that it faded to a brown quickly in the sun 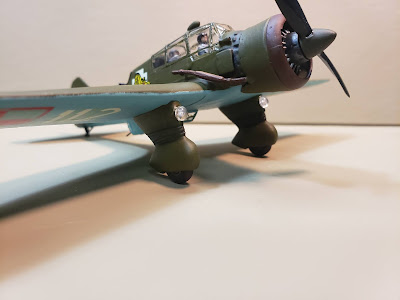 but we all know the REAL reason I built this kit; SPATS!
and these incorporate the landing lights, how cool! 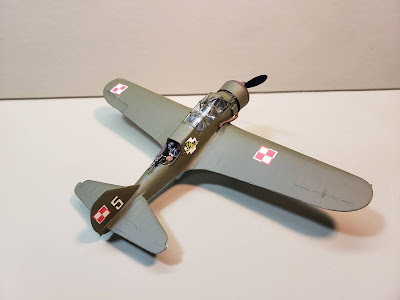 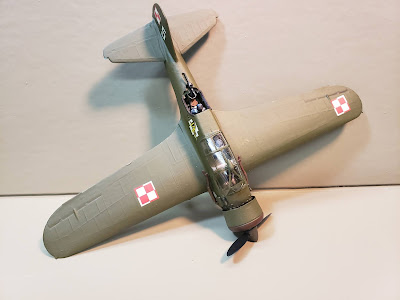 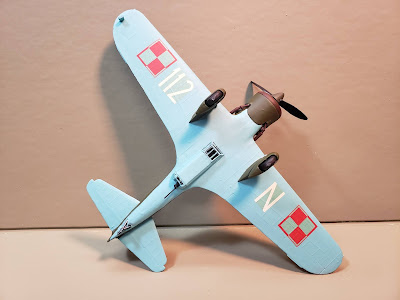 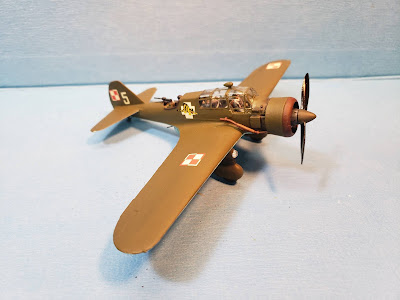 another worthy addition to the collection 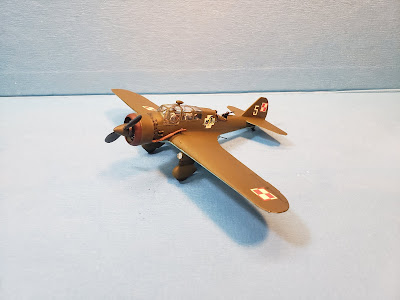 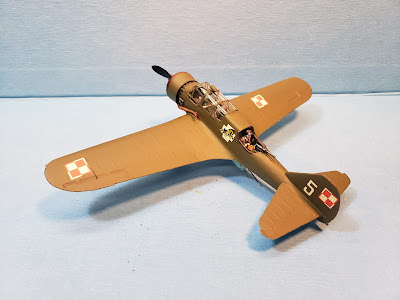 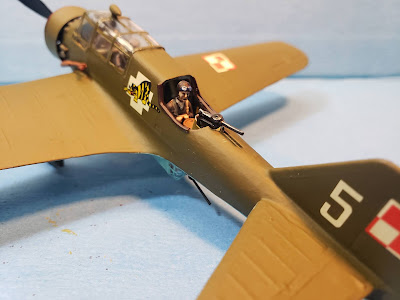 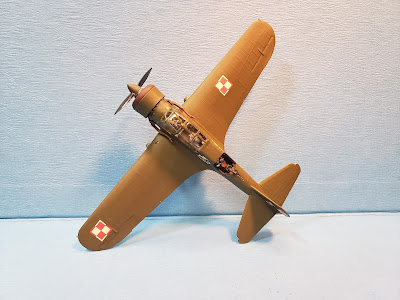 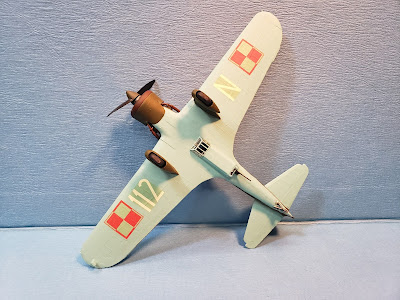 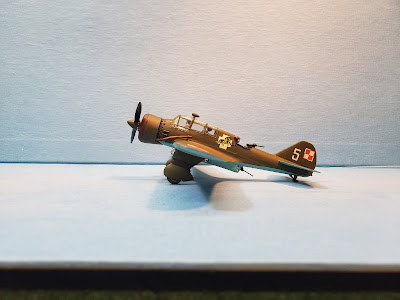 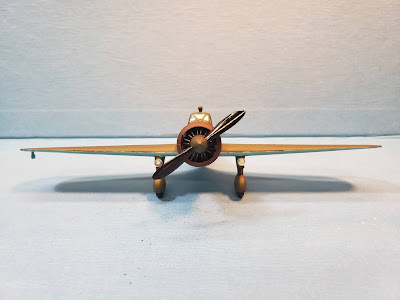