Thanks to a heads up from Gary  I obtained some of the new Zvezda 1/100 models from Michigan Toy Soldier they had in stock three different models; a Panzer II, a T-26 and a Panzer III. I got one of each for "research purposes".

These have apparently been released as additional parts for a board-game style game that is also being published by Zvezda (think of a more detailed Axis & Allies type of game). We will forgive them that and go right to the models, they are good looking models indeed. The fact that they snap-together is a plus. The fact that have loads of fine detail is even better. The fact that they do not include decals is a minus, but a very small one. Priced at US$4.99 makes them very competitive with other products in this scale
For starters we will look at the Panzer II; the box has all the assembly instructions printed on it as well as a nice illustration, as always, click on the picture to enlarge:

photos after the break 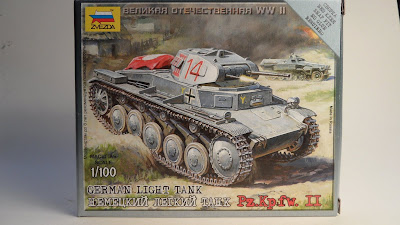 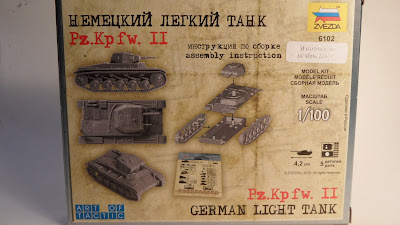 The model is molded in crisp medium gray plastic and has very fine detail: 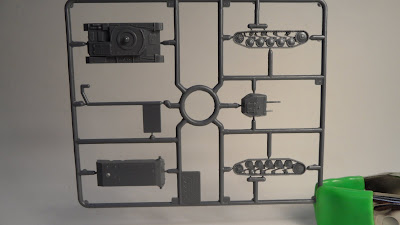 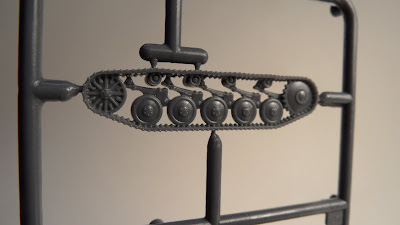 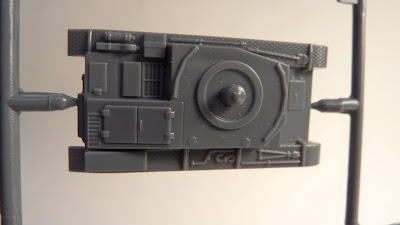 Next is the T-26, a bit of a surprise in this as it has been pretty well ignored by manufacturers in most scales, I was caught off-guard with this as a first release choice. I must say that I am well pleased with the model, cast in green plastic it captures the look of the little tank quite well. The detail on the tracks is particularly well done. Be sure to click on the picture to get a good look at the level of detail present. 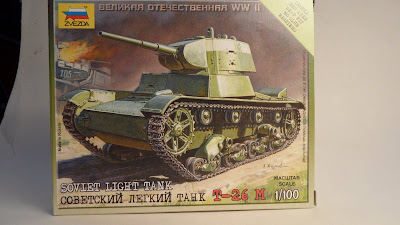 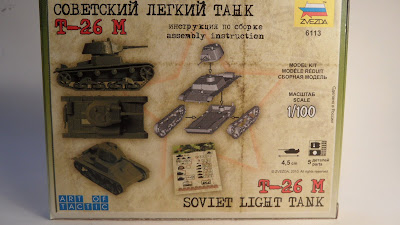 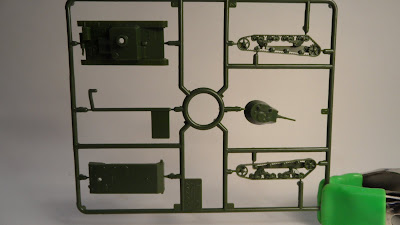 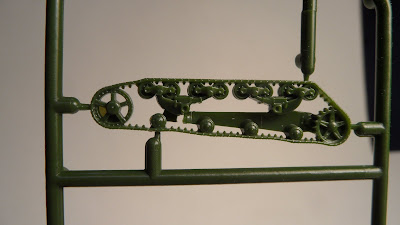 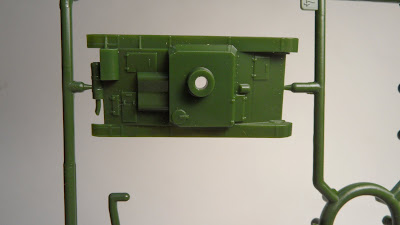 Last is the Panzer III, it is cast in the same gray plastic as the PzII and I think that they have really outdone themselves with this model. The detail is superb; the return rollers have nuts holding them in place! The care thought that went into designing the model to incorporate the level of detail while remaining a snap-together model is amazing, these rival the Games Workshop Space Hulk models as masterpieces in the snap-tight field. 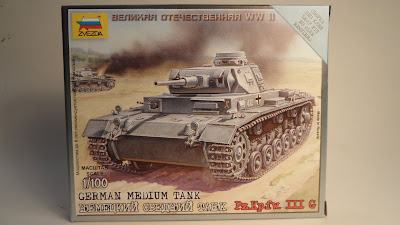 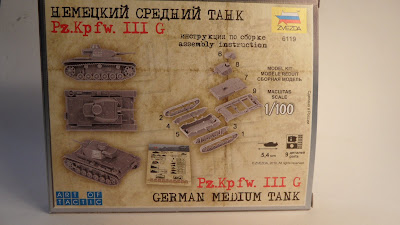 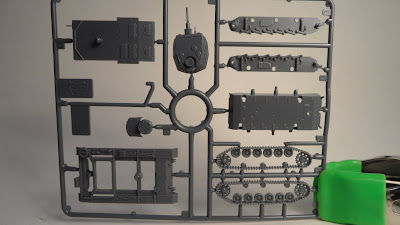 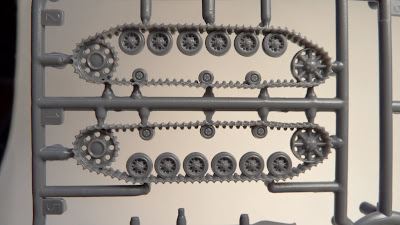 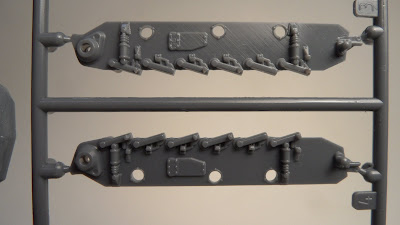 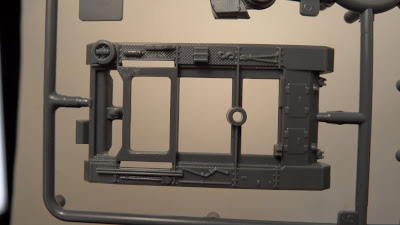 All I can say is: Wow! I must also point out that these are all early war (1939-1942) subjects, a welcome change from the usual tirade of Tigers and JS IIs that most companies open a range with. Slated for release soon is a number of aiurcraft in 1/144 scale and additional vehicles, see the Michigan Toy Soldier site, check under New Releases and then select Zvezda and 1/100 scale and/or 1/144 scale in the search area. The new releases seem to be following the early war schedule as well.