Cool stuff I found on the web; 3-D starforts and such

Part of my endless fishing around on the internet found me seeking a 3-D model of Castillo Des San Felipe in Cartagena des Indias, Columbia. Well, eventually I found this: 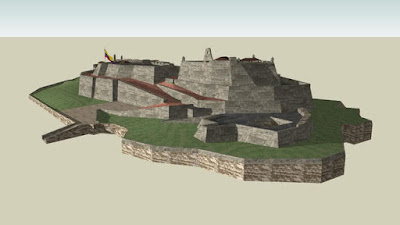 it is like a fortress wedding cake, look at all the layers!

Along the way I did find this gem .  3-D Warehouse hosts thousands of 3-D models of everything imaginable (lampshades to ocean freighters) among which is a pretty cool collection of castles, fortresses and fortified cities in 3-D. The link leads to a collection in Spanish but a bit of work in the Search bar will lead you to what you seek (be careful the Spanish and Portuguese seemed to name every third fort they built "San Felipe").

One of the finds was this neat little fort built in Natal, Brasil;  Fortaleza Dos Reis Magos. Just a tiny thing but it was located in such a strategic position that the Dutch felt the need to besiege it twice (succeeding at the second attempt) and then  hold it from 1633 to 1654. More information can be found here at Starforts and a Google Images search will provide loads of photos of the fort. 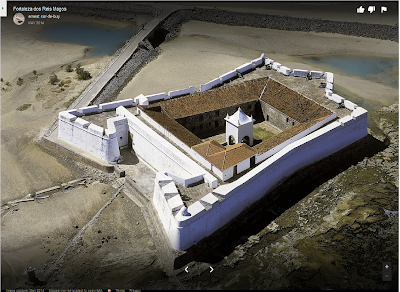 I just might be getting the itch to build another fort 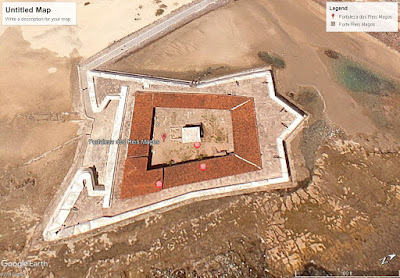