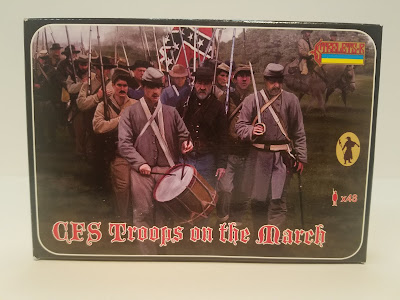 Here we see the Confederate Infantry Marching set. The front box art is a weird montage of Photoshopped re-enactors that provides decent ideas for uniform colors and is suggestive of what is contained in the box. The back of the box is far more helpful as it clearly presents the contents with photographs of the miniatures contained within. The boxes are flimsy but, as the figures inside are flexible, there is no real risk of damage. 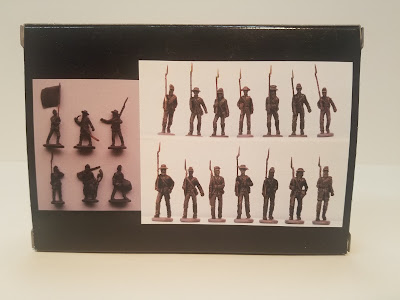 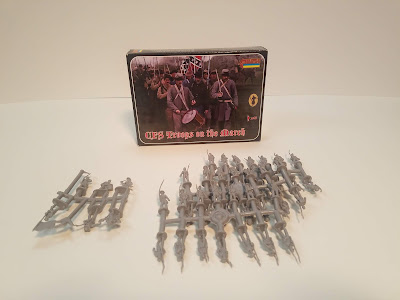 contents, one command sprue and three identical sprues of troops 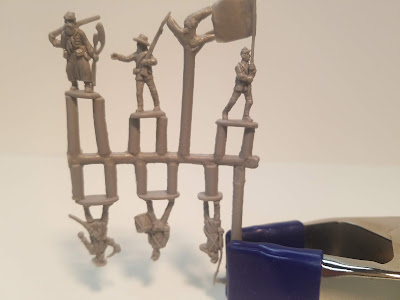 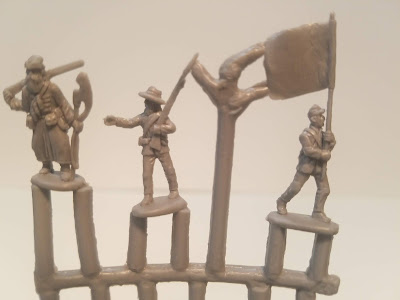 the figures are cleanly cast and well detailed 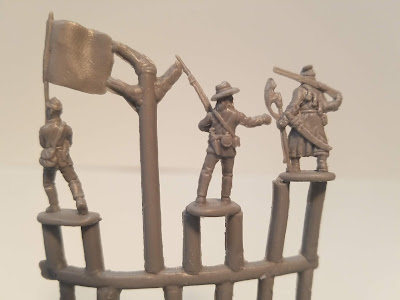 the details are deeply enough cut to make painting easier 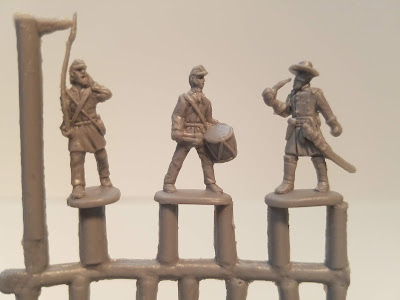 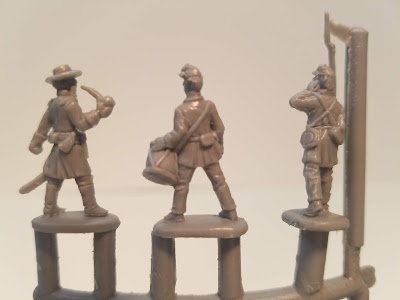 the back of the same, again the detail is well cast and deep enough to make painting a breeze,
for myself I would change only two thing;, first the cast-on flag would be replaced with a bit of wire and a  printed flag, second the enormous pipe that the officer is smoking would be converted into a sword 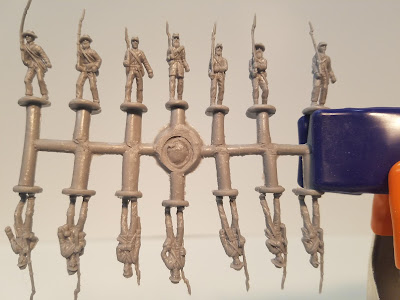 the infantry sprue side A, you get three of these but each one has fourteen distinctly different figures on it (and thankfully no time-warping Russians), they are posed similarly enough that they will not look odd in a group as they are all marching resolutely forward 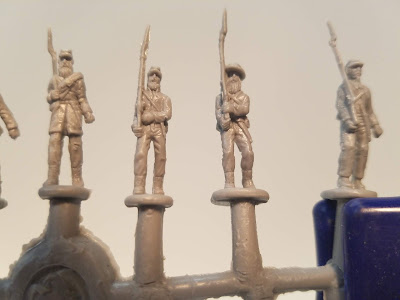 the are a delightfully well-bearded bunch with an interesting mix of uniforms and equipment, as is appropriate for the CSA with each state being responsible for providing the uniforms and arms 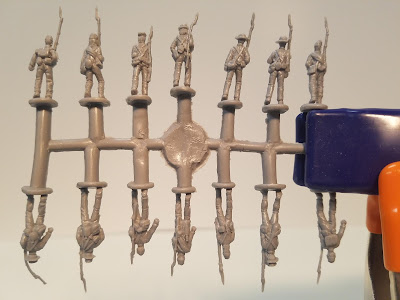 infantry sprue side B, you can see the different way each soldier carries his kit
the figures are correctly lean, this was an army that marched almost every mile of every campaign 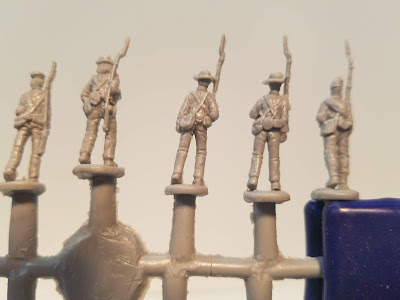 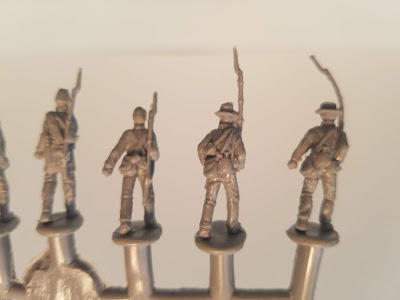 another close-up showing details,
note the differences in the kit of each soldier,
period photographs show that soldiers were quite relaxed about uniform regulations

These are very good figures in a scale that is useful to both the modeller and wargamer. They are well-cast and properly representative of troops of the period. I particularly like the fact that Strelets-R has grouped all of the marching poses into one box as opposed to the smattering of poses that other manufacturers provide, this provides both the diorama-modeller and wargamer with the ability to build a consistent looking unit without having to buy several boxes of figures and use only a few figures from each. They are a bargain (even with the one throw-away Muscovite figure). If you are getting into wargaming or building a Civil War diorama these are an excellent choice.