The Impossible has Happened!!!

No, I didn't win the Lotto. But this did happen; twice, in the same evening, my Orc Blood Bowl team completed a pass!!!!!!!!!   Snab-Stab the Gobbo (a.k.a.  Concrete Paws) and Lineman B (they aren't entitled to names until they survive a season) both caught passes. I still lost both games but things are definitely looking up! 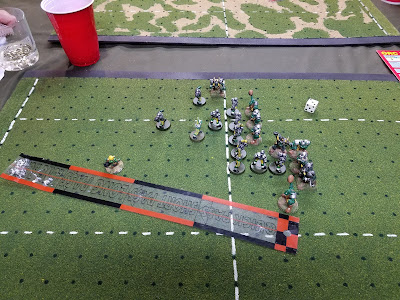 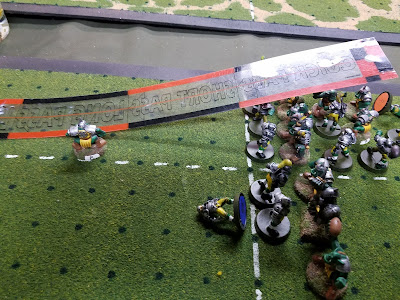