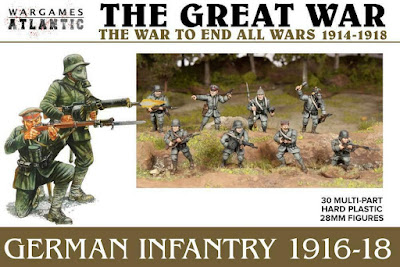 Fresh off the press and into my hands! I spotted these at my local brick and mortar (Michigan Toy Soldier Shop: michtoy.com) and just had to pick up a box. I have long awaited seeing this subject in hard plastic (despite having painted large armies and sculpted a 6x4 terrain board in 20mm). Well, my wait has finally been rewarded, and in grand style no less! This set will supply you with all you need for skirmish level games from 1916 on taking place on any front that the Kaiser's soldiers fought on (the one possible exception being on the Ottoman fronts, but they were largely advisors). I can also see them in a lot of post Great War actions during the chaos in Berlin and serving under the Friekorps against the Soviets in the east. Swapping in some spare 40K weapons might even provide an ersatz Death Korps of Kreig force. Priced at just over a dollar each they are a great bargain as well.
The models are all cast in a hard gray plastic with very good detail. Anatomy and positioning are in-scale and and naturally posed; no freakishly large heads and hands so often found on metal figures. The equipment provided is also all scaled properly and offers a wide variety giving you the opportunity to build standard German troops or the dreaded Sturmtruppen that so nearly won the war during the Kaiserschlacht. 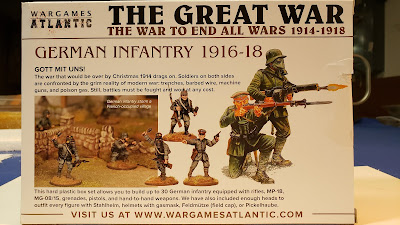 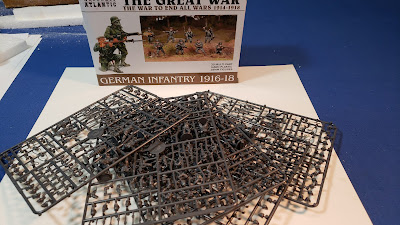 the contents, five identical sprues, each with six figures 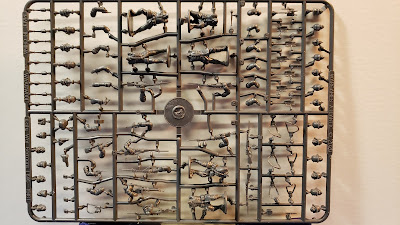 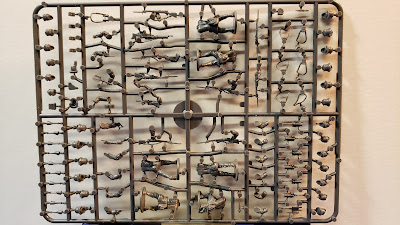 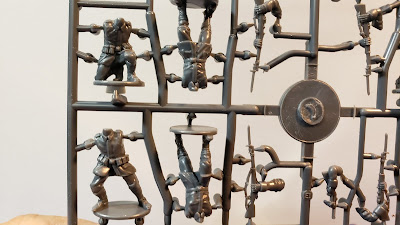 dynamic, but realistic, poses with excellent proportions and anatomy 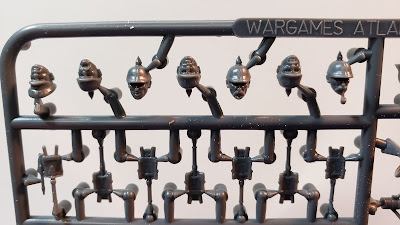 and a huge assortment of heads.....
(I love the face with the pipe, he will end up on my commander figure) 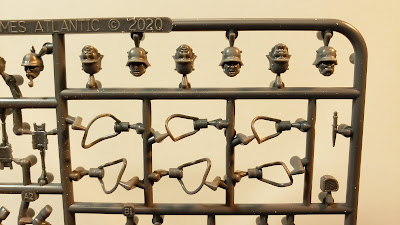 ...a really huge assortment of heads.... 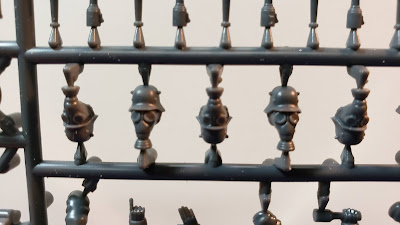 ...these are really useful if you don't like painting faces .... 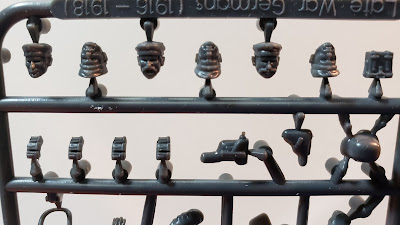 .....and they are all shouting, plus they are distinctly different 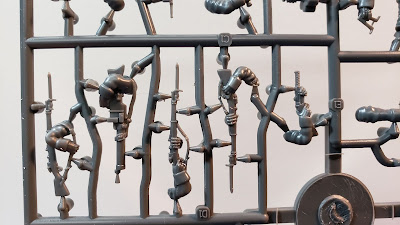 the weapon assortment dwarfs the choice of faces 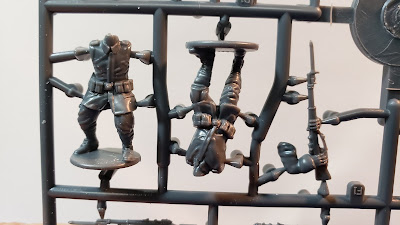 the uniform is correct and drapes well over the figure

These are an excellent choice of subject matter (now how about some French or Commonwealth opponents?) with lots of uses outside the narrow constraints of trench warfare. Wargames Atlantic seems to be moving from strength to strength with each new subject. Anyone looking to build a force for a trench-raiding game should look no further than this one boxed set, the only things missing are flamethrowers and captured guns.........wait, does anybody make 1/56th scale Great War tanks? I see a tank-hunting game in the offing!