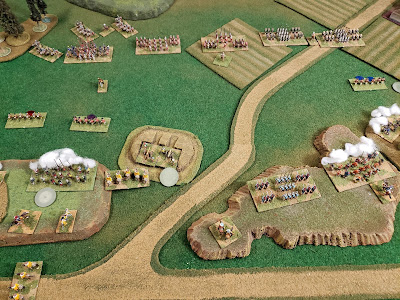 The Trunkmonkey came over the other day and we played out the latest battle in my Thirty Years War Imaginations campaign, Freedonian Forces try to lift the siege of the Gluttonian capital. Even though the size of the battle is many times what the rules suggest Tercio handled things quite well and we were done inside three hours.
Posted by Anton Ryzbak at 4:45 PM