Faced with the flood of French and British tanks the Imperial German Army trained its soldiers how to hunt tanks with simple weapons that they already had to hand. Some of those troops proved very effective at the job, not that I would have wanted to give it a try! Using the Wargames Atlantic Great War German Infantry set I decided to give modeling such a highly-motivated group a try. 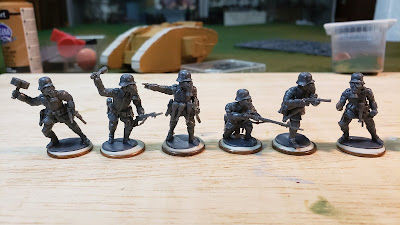 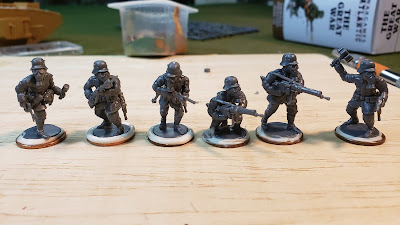 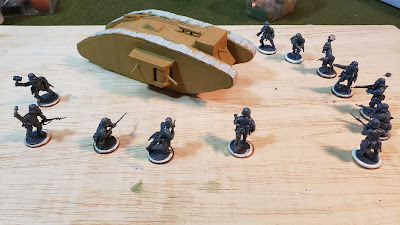 but I think they worked out pretty well,
now I just need to scratchbuild a T-Gewehr and a WEX flamethrower