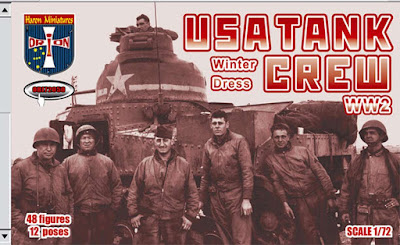 I spotted this box by happenstance while at Michigan Toy Soldier and bought it right away. I have long been dissatisfied with the crew figures provided (or NOT provided) with most model tanks and this looked like a great way to spruce up my tanks (and especially my tank-destroyers and self propelled guns) with figures that look like human beings. The figures are well detailed and correctly-sized, but I do have to say that the submachinegun toting lads are likely to get chopped down into heads poking from hatches. The uniforms look accurate if a bit too uniform (my dad always said that there was a distinct lack of Inspector Generals anywhere near combat), they should mix well with the similar set of US tankers in summer uniforms from this same manufacturer. There are forty-eight figures on four identical sprues. 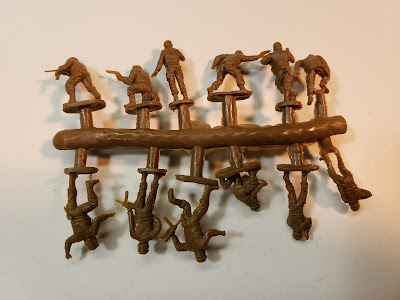 the figures are cast in a stiff olive plastic 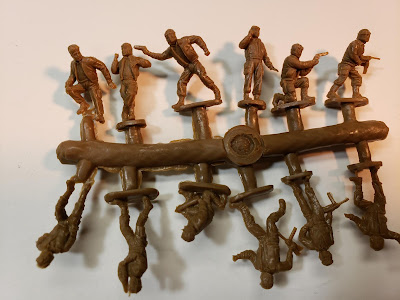 proportions are good as is the "hang" of the uniforms 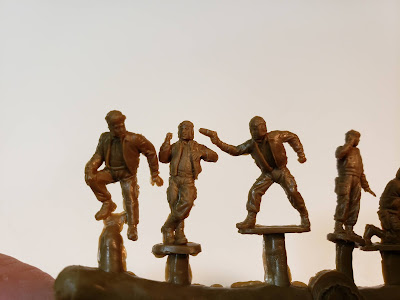 there is almost no flash 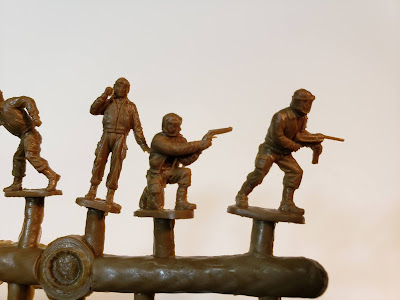 I'm not really a fan of the combat poses,
bailed-out tankers rarely attacked their opponent on foot with sidearms 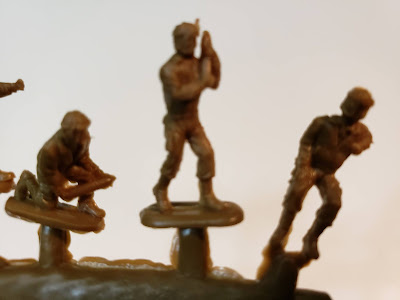 the loaders are welcome 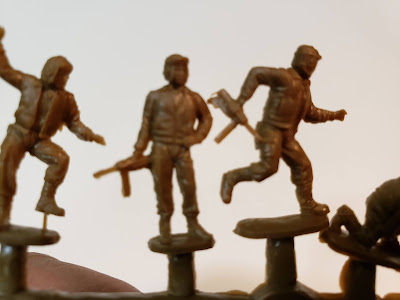 the central figure looks like he is posing for a newspaper....
I almost want to build a diorama with a photographer snapping a picture 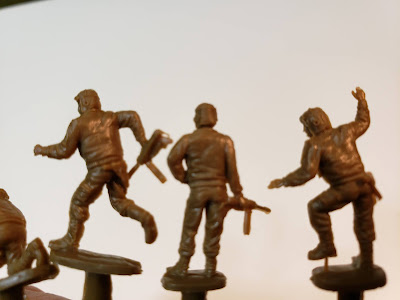 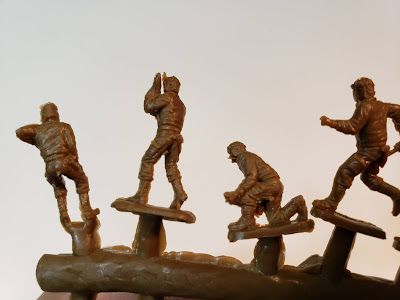 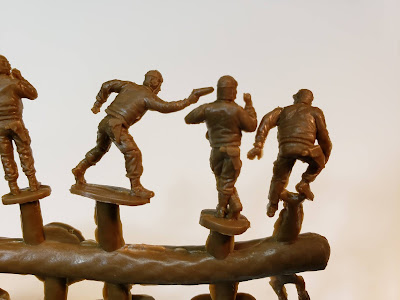 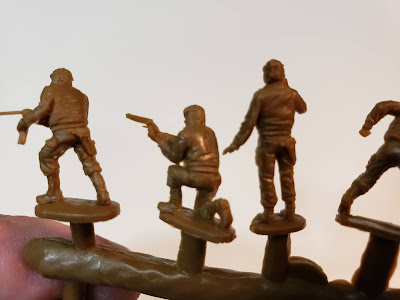