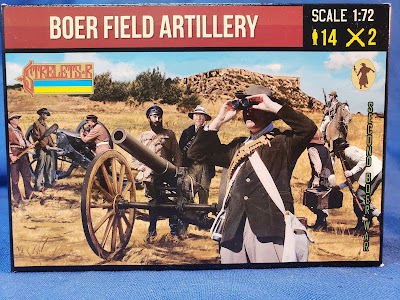 front box-art,
even though the Transvaalse Staatsartillerie were issued sand gray uniforms
(which faded very quickly) they probably looked more like this after a short time campaigning
Continuing to expand their coverage of the Second Anglo-Boer war Strelets has released this set of two guns complete with crew. Although not indicated on the box the cannon appears to be either a Krupp 77mm C/96 or a  Krupp 8cm C/80  in this scale there is little visible difference so the choice is yours. With fourteen crewmen it will be possible to build an effective diorama of fully crew a wargaming unit. The kit is cast in a stiff but flexible orange plastic that show little flash and holds detail fairly well. My only concern would be the flash on the spokes of the wheels, I have never been able to find the skill and patience to remove that effectively. 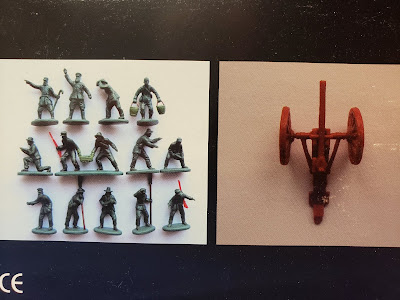 rear view of the box 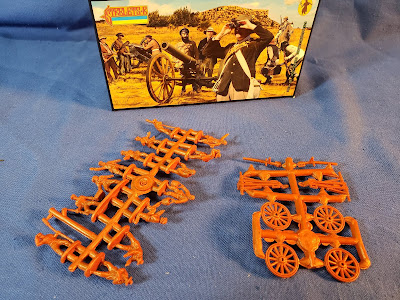 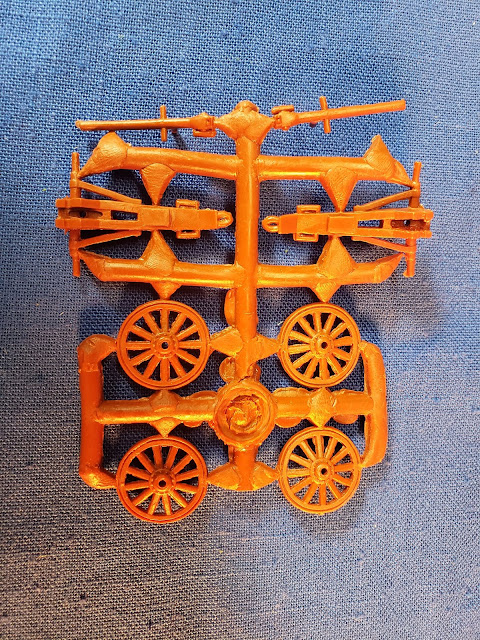 artillery sprue, Side A 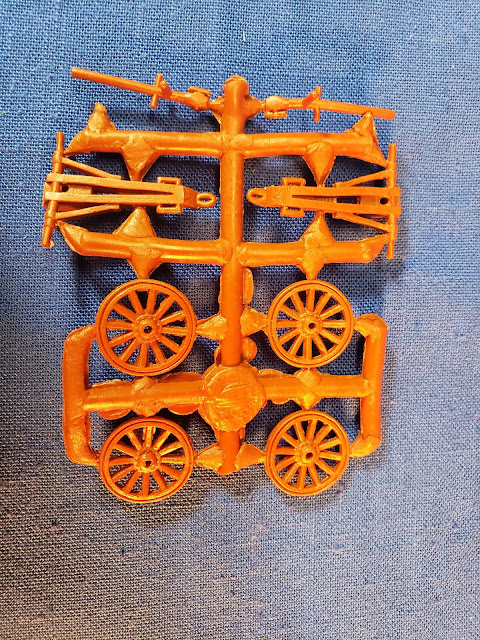 artillery Sprue, Side B 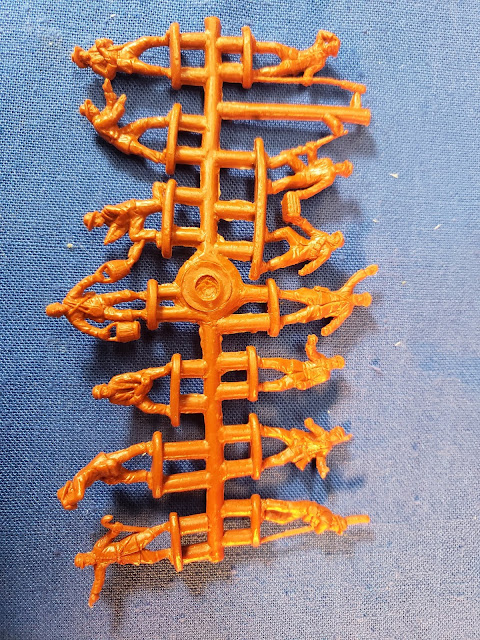 crewmen, Side A
the figures are well-proportioned and reasonably posed
the two carrying an ammo box would go nicely with an infantry unit as well 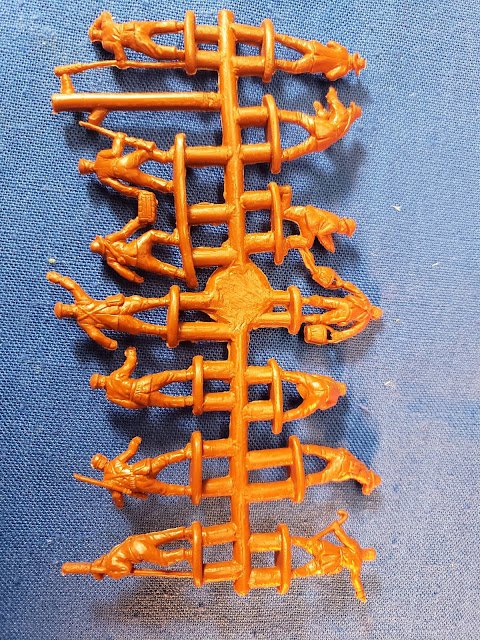 crewmen, Side B
the miniature exhibit decent detail and are realistically posed,
the gunner leaning on the ramrod is a classic pose
but perhaps out of place as these are breach-loaders 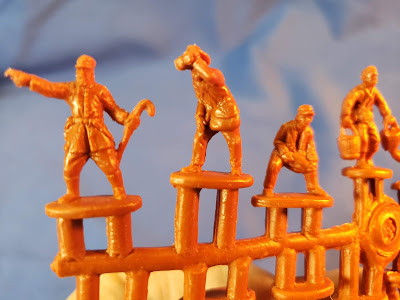 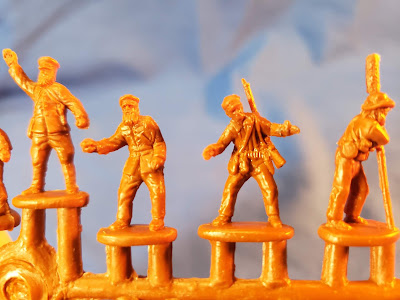 lots of beards too, the Boers were a beardy bunch!