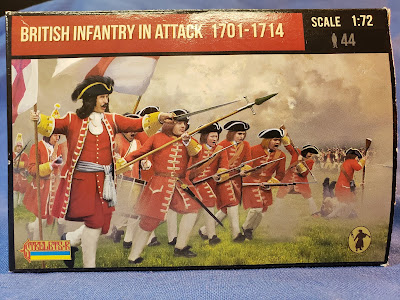 the front of the box, it provides a good idea of the period uniform appearance

Well, I must say that I love this set and hate it as well. I love this set because it covers a period that is barely addressed in 20mm and does it with some lovely figures, I hate it because I am just completing painting dozens of units in 28mm for the same period. Enough of my own problems. In this set we will find forty-four actively posed and delicately sculpted miniatures depicting the British Army in the period of 1702-1714. The figures depict troops that are, or are about to be, engaged in hand-to-hand combat. The uniforms are correctly depicted with deep cuffs and full loose coats without turnbacks. The only possible complaint might be the over-representation of Grenadiers, but as these troops were often assigned to lead assaults and Forlorn Hopes that point barely rises to a minor issue. The miniatures are cast in a stiff, but still pliable, rust colored plastic that holds the detail that was sculpted without signs of blurriness or mold marks. The depth and clarity of the detail will make painting a breeze. I find myself wishing that Strelets would credit the sculptor as whoever the anonymous talent that is behind these figures deserves full credit for excellent posing , anatomy, and having a feel for how uniforms drape over a persons figure, these are truly tiny works of art. 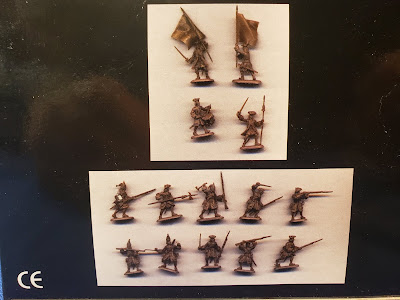 the back of the box provides a good idea of the content
(and look, no time-warping Muscovite troopers!) 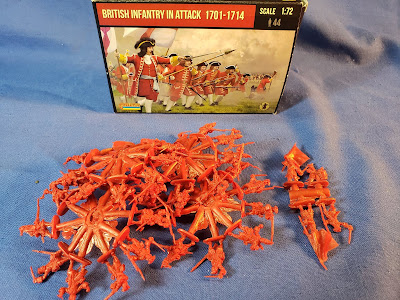 the box and its contents; one command sprue and four sprues of troops 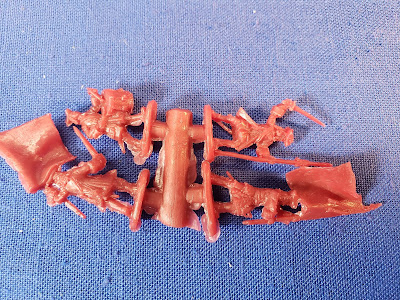 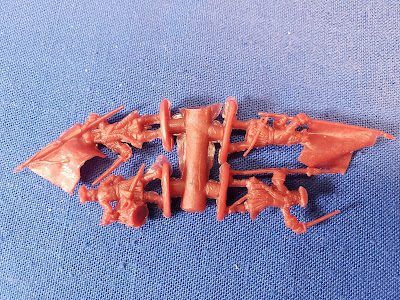 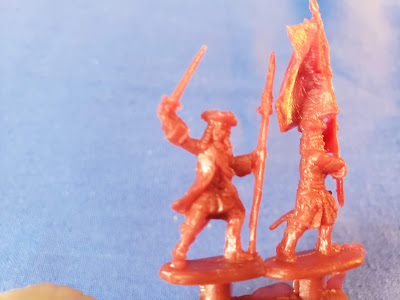 but the figures themselves were actively poses,
anatomically proportionate and nicely detailed
none of the grotesquely huge heads and hands so often seen on metal figures 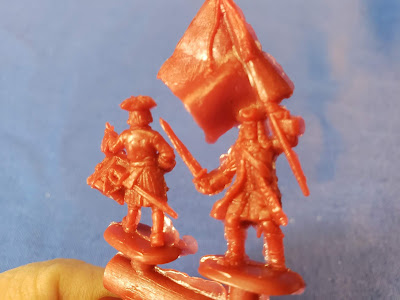 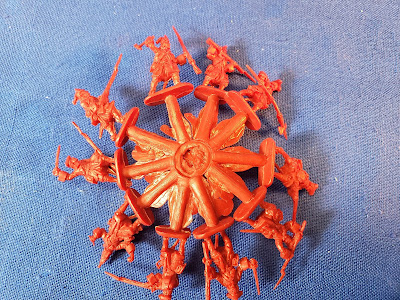 troopers sprue, side A 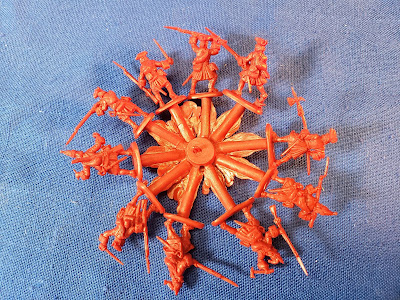 trooper sprue side B
great poses, excellent detail and scarcely a trace of mold lines 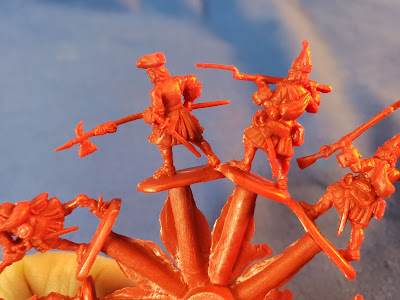 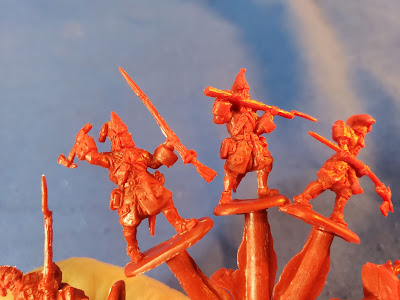 the detail is crisp and not over exaggerated 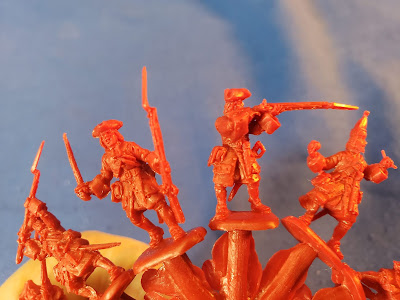 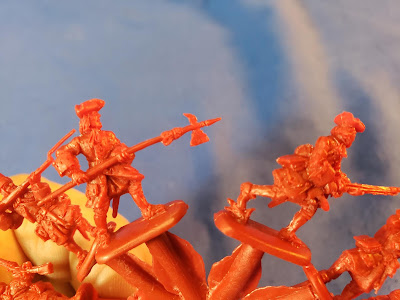 no wasted figures in the lot,
all of these miniatures can be used in a wargaming unit or as part of a static display
Posted by Anton Ryzbak at 2:02 PM