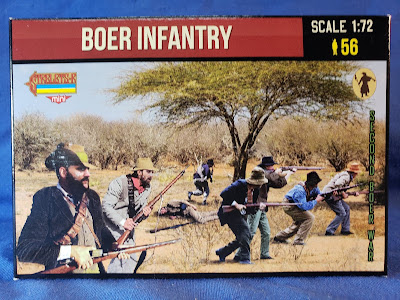 front box art
this gives an idea as to clothing, the Boers were without uniforms

Strelets has added another set of miniatures to their list of Anglo-Boer war figures. This set depicts Boer infantry in combat. With fourteen different figures all in "really-useful" poses these can be used to form a wargaming unit or to create a diorama depicting the conflict. The figures are cast in a stiff, yet flexible, orange plastic that shows no flash and little in the way of mold-lines. While these figures lack some of the detail, and the almost comical posing, of the earlier set of Boer infantry from Strelets they will provide enough figures to start your Boer Commando with just one box. Buy a box of the Boer Artillery from the same manufacturer and transfer in a couple of officers and the two lads carrying an ammo box to really round-out the look. 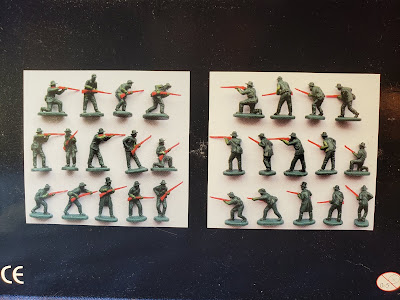 the back of the box, clearly depicts what to expect inside 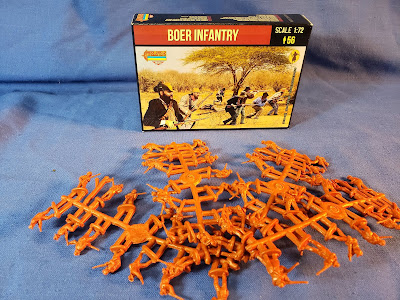 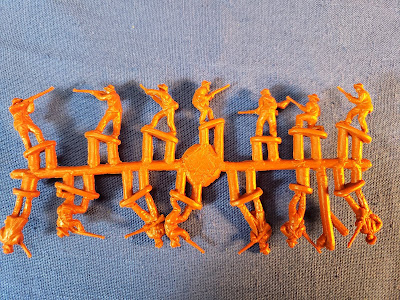 sprue, Side A
the miniatures are well proportioned and reasonably posed 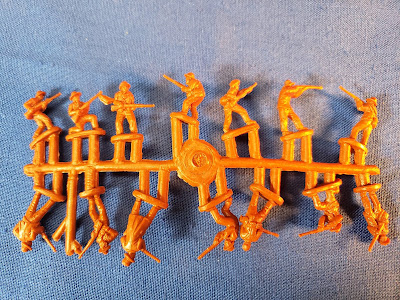 sprue, Side B
I like the way that some of the minis are ducking and crouching to avoid fire 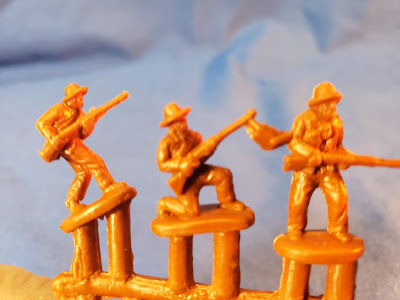 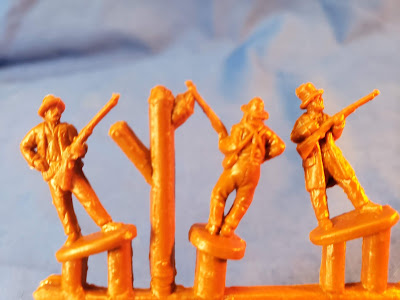 I have to say that I wouldn't want to be near the fellow with
the top-hat giving away his position all of the time!
but the mini reaching into his bandolier to grab a reload
while keeping his eye on the target is particularly effective