Well, that is a bit of a lie; it implies that there was a "think" going into this project. There is nothing like hands-on to bring things into focus. So I took a deep breath and did the most unlikely thing, I stopped in mid-stride and decided to build one 2x2 foot panel rather than going whole hog  and ending up in the wrong place. Having learned the hard way with the Castillo project I decided to use a wafer-board base and attach a frame around the underside before I started adding buildings (there were a few scary moments while I was nailing the completed Castillo model to the frames) 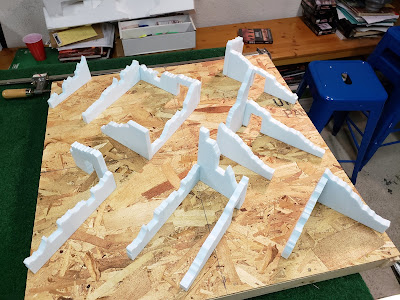 with the frame drying I began to try out different looks,
my first thought was to run the roads at a 45 degree angle 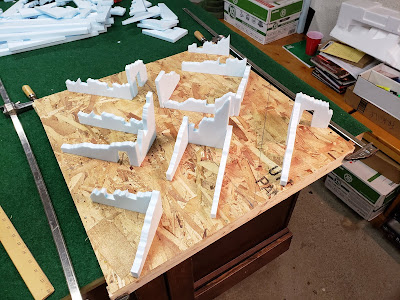 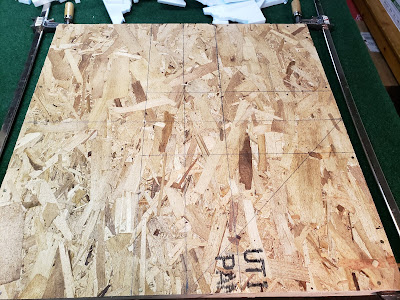 if you look closely you can see my pencil lines 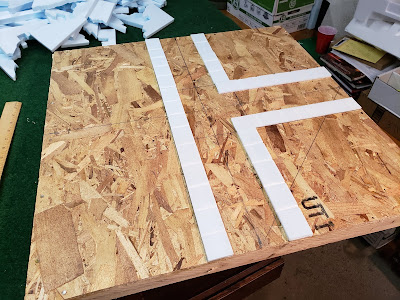 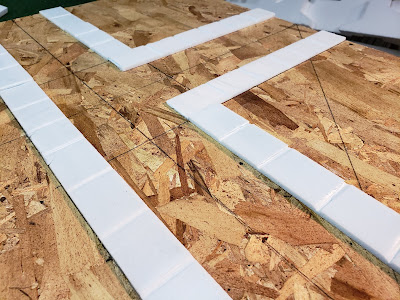 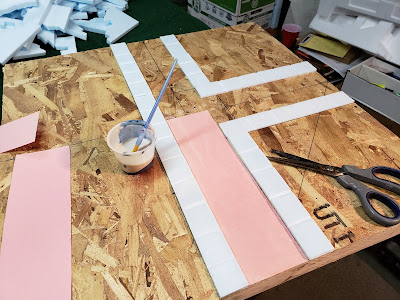 for a road surface I glued down some old construction paper,
never mind the hideous color this will all be painted over 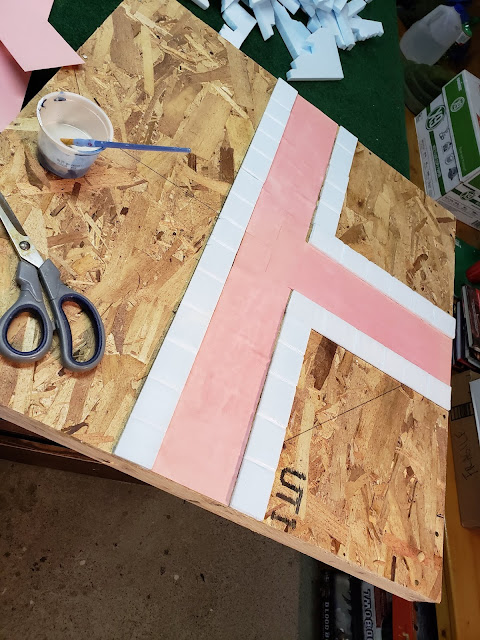 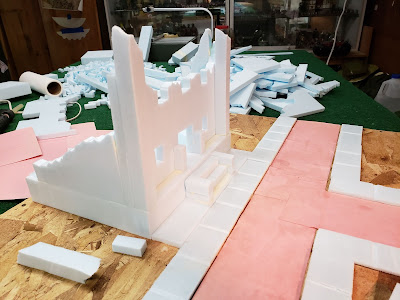 then I got to work on City Hall,
to make it more imposing I raised the building up on a base 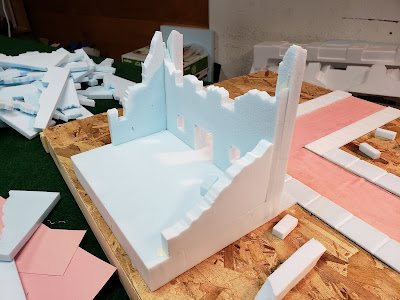 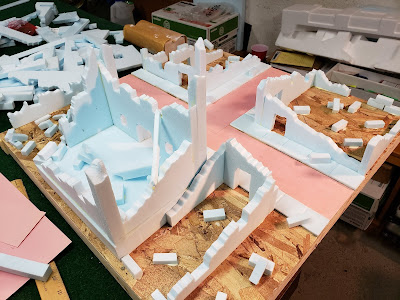 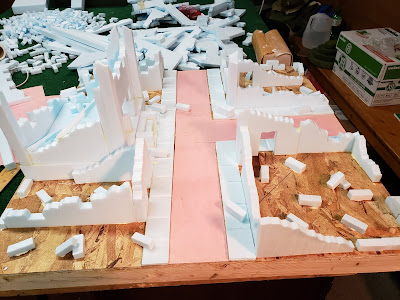 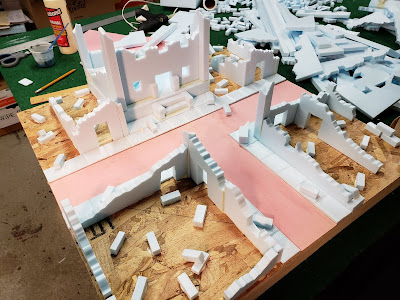 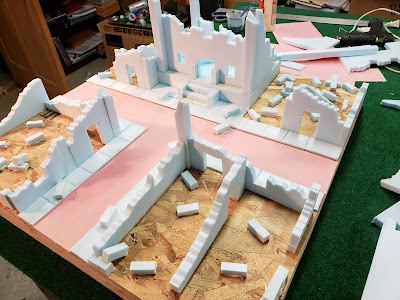 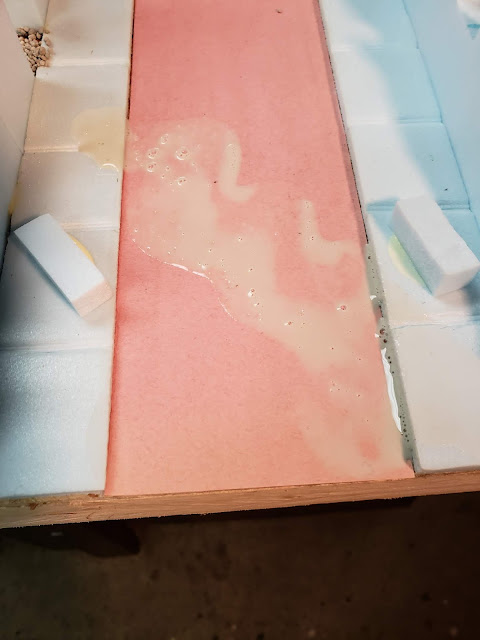 next was the kitty-litter phase, the fine grain of kitty litter makes great small debris
the fact that it exists to adsorb liquids make it soak up the glue mixture and dry extra fast
the glue mixture is my standard 50/50 mix of Titebond and water 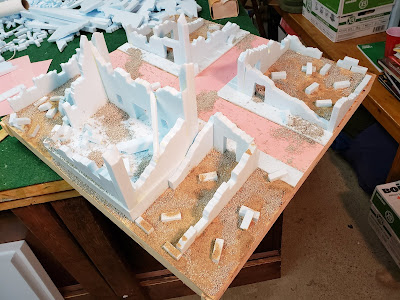 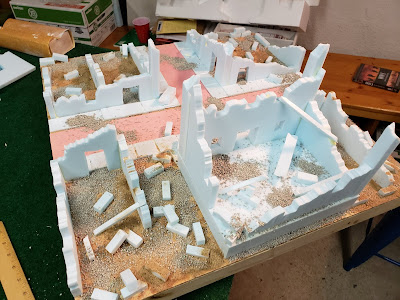 as that was soaking in I dug out the sand pail
and then wet-down the areas that I had missed with the kitty litter,
these were given a dusting of coarse playground sand 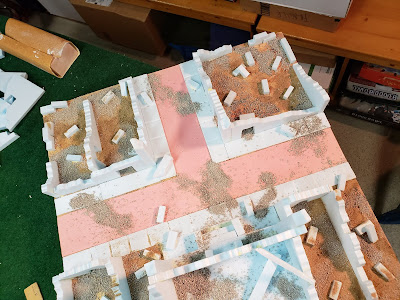