Having finished the build on the test panel last night I got up early and put a coat of dark gray housepaint over the whole thing. After a couple pof hours of drying-time I then gave the interior of the buildings a good spray with Krylon Primer Matte Black followed by a lighter spray of Gray Primer followed with a dusting of Matte White Primer. After allowing this to dry I think that might just be enough to make this good to go for a game......just five more panels to go! 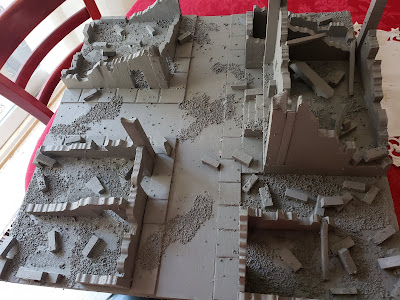 "mistint gray", I wonder if that is a real color?
it has been a bit since I did any ruins,
I should have held off on the kitty litter until after painting,
it soaked up an amazing amount of paint 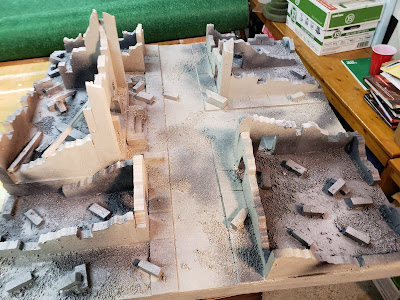 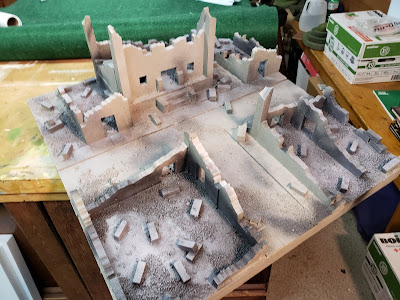