I have finished the Wreck of Remagen project just in time to crate it all up and ship it out to Michigan Toy Soldier so that they can take it on the show circuit.  But, I thought that I would let my loyal viewers (and any confused soul who has wandered here inadvertently) a first glance at the completed gaming table. All of the panels except the bridgehead one are geomorphic. they can be rotated and re positioned to give a different field of play in each game. The model was constructed entirely of blueboard (except for the sand and kitty litter) so it weighs nearly nothing. 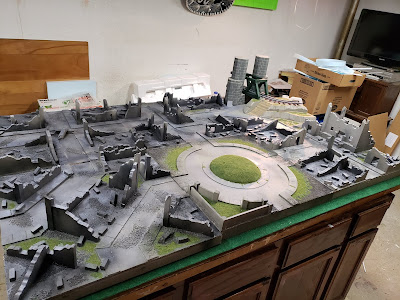 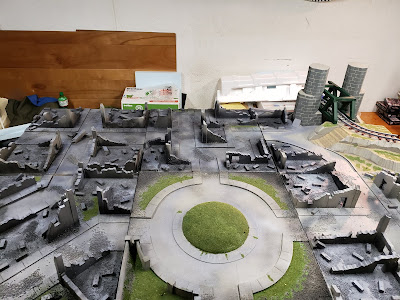 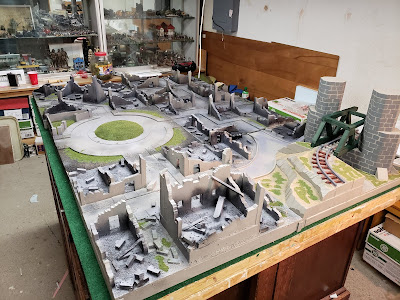 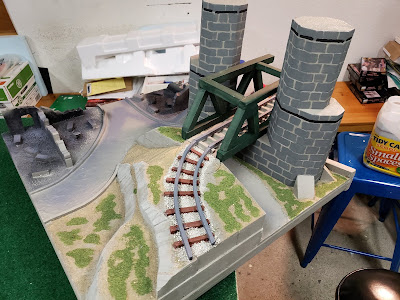 the Ludendorff Bridge and railway siding 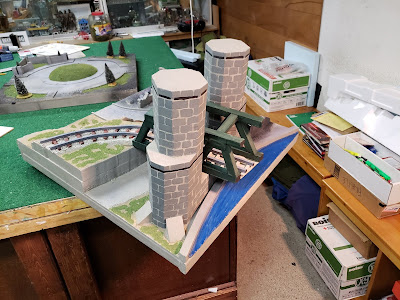 just a hint of the river along one edge,
I didn't want to give away to much space to a feature that was really just eye-candy 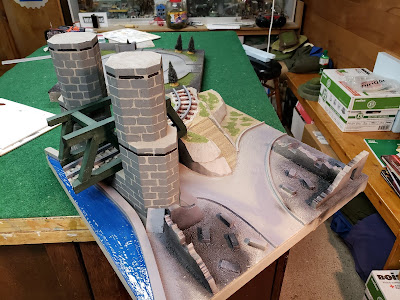 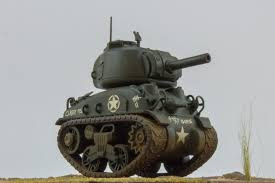