I have to confess, few things get my wargaming blood up more than a new, over-the-top, terrain project. I have been throttling back since the Castillo because my space is finite (ample, but there is a limit to everything). However, when the proprietor of the local brick-and-mortar suggested that he needed some interesting terrain to haul around to wargaming conventions to promote his blend of What A Tanker and the Chibi Tanks that have flooded the modelling scene lately I couldn't resist the chance to build something big, silly and scheduled to leave my house just after completion. They were planning on hosting a game reflecting the US seizure of the Ludendorff Bridge at Remagen near the end of WW2 and needed a battered town and the German end of the bridge.....how could I resist? 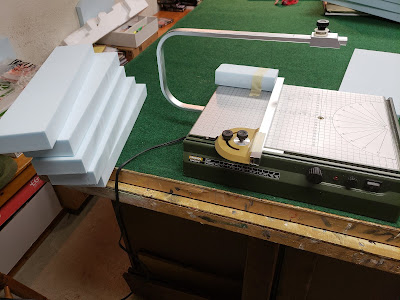 so there I was, with my trusty Proxxon Hot Wire cutter and a pile of blueboard.........
how many of my crazy stories start like that? 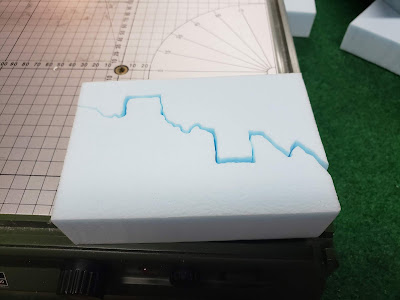 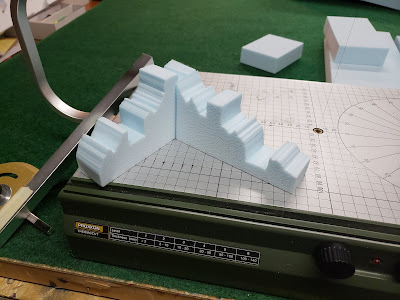 they looked the part, so I kept going 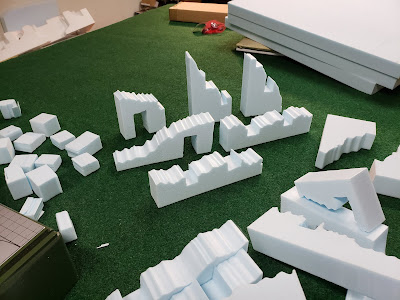 all sorts of interesting shapes 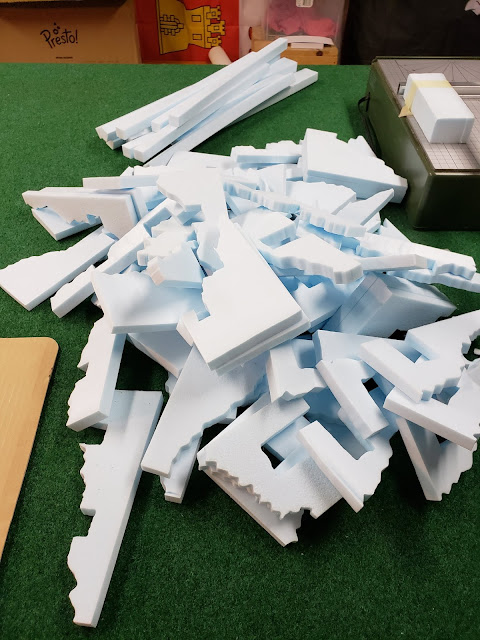 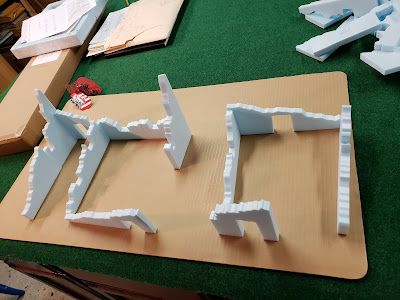 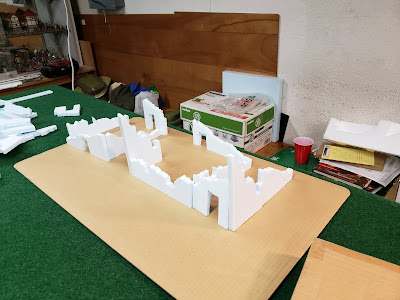 suitably ruined enough for me 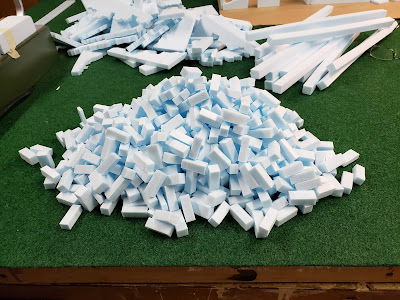 but, you can't knocked down buildings without having rubble
so I made a ton of rubble

Tomorrow I'm off to Menard's to pick up a 2'x2' piece of Masonite to build the test model on. More to follow soon.
Posted by Anton Ryzbak at 11:46 PM